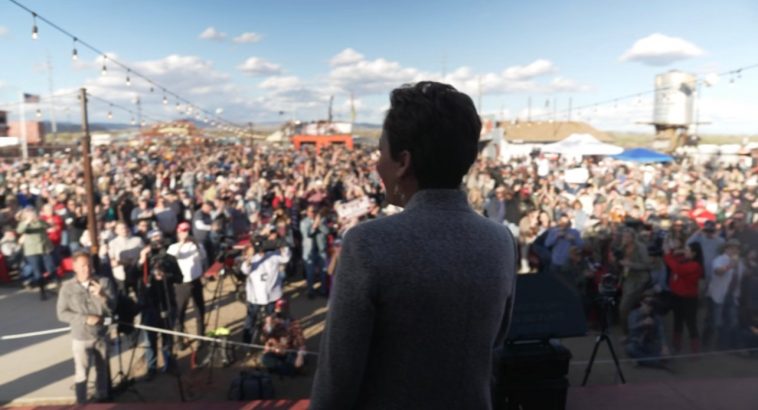 Like President Trump, Kari Lake knows how to draw a crowd and make it a party! The enormous crowd was estimated to be over 2200 patriots in size. No other candidate for Governor can do this.

The Gateway Pundit recently reported on a new poll showing Trump-endorsed Kari Lake is the only candidate who can win the general election against Soros-funded socialist frontrunner Katie Hobbs.

The power of a Trump endorsement in Arizona further shows us that the 2020 election was a sham. Lake told the crowd, she “will seek justice.”

.@KariLake vows to ‘seek justice’ for what happened in the 2020 election pic.twitter.com/X9ZmGDhAv3

The Gateway Pundit correspondent Jordan Conradson spoke with Kari after the rally.

Conradson: you have taken a considerable lead in the primary. It looks like you’re the only candidate who can beat Katie Hobbs in the general election. What do you attribute that to?

Lake: Well, we have a movement. It’s pretty plain and simple. People want America first, and these other guys I’m running against are not America first, even though they’re trying to say they are. I know Arizona. I love Arizona. I’ve covered this state for 27 years, and the people of Arizona know me, and they know that I am going to be a governor who represents them. I’m going to do right by the people of Arizona. It’s been a long time since we’ve had a candidate or a governor who’s done that, and I’m so honored to have President Trump’s endorsement. I think that goes a long way. The people of Arizona trust him, and they know when he picks a candidate, he’s picking a winner. And our poll numbers are showing it. Oh my gosh, we just got to poll numbers up over 43%. I am the only governor candidate on the GOP side who can beat Katie Hobbs, and if we don’t get somebody who can get us past the finish line in November, We’re gonna end up with a socialist. We can’t have that, and that’s why I’m running. I recognized the field that was running, and I said, “I don’t think they can get us past the finish line, and I can.” We have a movement. It’s about the great people you saw here. These are hardworking people that have been hurt by the policies of the left, hurt by Joe Biden’s policies, and they’re sick of it. We’re all sick of it, and we’re gonna get in there and vote, and vote America first.

Conradson: So you recently exposed the fake news lies on their own stations with a TV ad. What kind of reactions are you getting from that?

Lake: It’s been pretty great. The President loved it. I talked to him. I talked to him yesterday, and the conservative movement loves it, but you know, the people of America love it. They know that they’re being lied to; they’re being lied to about the rigged election. They think if they keep lying to us that we’ll just go, “Oh okay, it’s over.” No, it’s not over. When you steal our vote, when you’re still an election, we’re not going to forget that. We’re going to get to the bottom of it. And I hope we have enough courageous lawmakers currently in office who will do the right thing. And we’re seeing the fraud all the way up in Wisconsin and Georgia. It’s horrible what happened in this country. This is not a Democrat, Republican thing. It’s an American thing. I want secure, honest elections for our Democrat citizens of Arizona, our Independents, and our Republicans. We’re not going to have fraudulent elections. We’re not going to have our vote stolen. And the people of Arizona know I’m the only candidate who’s vowing to and will get to the bottom of what happened in 2020.

Kari Lake’s first TV campaign ad exposed the corrupt mainstream media and the suffering caused by their cover-up of the stolen 2020 election.

Kari Lake, a former career news anchor for 27 years, knows how fake news works and how to destroy them.

Kari Lake vowed to get to the bottom of the rigged 2020 election herself as Governor of Arizona.

Lake has also vowed to finish the southern border wall and arrest the evil human and drug traffickers pouring into our country. 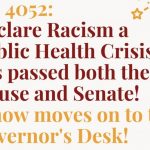 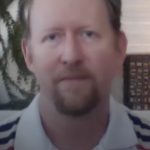