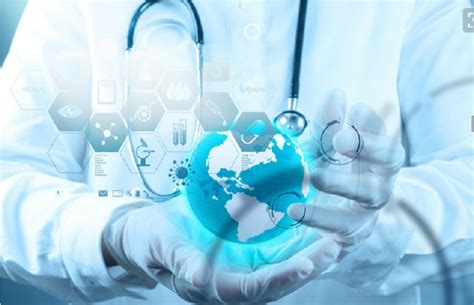 Despite the overwhelming scientific evidence that COVID-19 could not have evolved in nature and, therefore, must have been created in a laboratory, it came as no surprise that U.S. intelligence agencies released an inconclusive report about its origin.

The U.S. intelligence agencies are part of a permanent U.S. federal bureaucracy, which is controlled by a rich and powerful few, who are profiting enormously from their collaboration with the Chinese Communist Party.

Similar to the Chinese Communist Party’s use of China and the Chinese people, the oligarchs do not consider the United States a nation, but simply a land and people to exploit.

Those rich and powerful few hire Democrats and Republicans and other stooges willing to sell out America for cash.

Like Judas goats, who lead sheep and cattle to the slaughter, U.S. traitorous elites are helping the Chinese Communist Party plunder America and kill Americans.

The tale of Xiang Gao is illustrative of that point. He is a Chinese Communist Party scientist, who was involved in the transfer of vital American biotechnology to China and the use of that biotechnology in China’s biowarfare program. Xiang Gao received his Bachelor’s and Master’s degrees from Nanjing University in 1985 and 1988, respectively.

As we shall see, it is perhaps no coincidence that Nanjing is also the headquarters of the People’s Liberation Army’s Eastern Theater Command, which was involved in some of the key research leading to COVID-19.

Xiang Gao completed a Ph.D. in 1994 at Thomas Jefferson University in Philadelphia. Before returning to China in 2000, he received six years of postdoctoral training in the United States at the Roche Institute of Molecular Biology, The Jackson Laboratory in Maine, and the University of North Carolina. The last being the institution of Ralph Baric, known for his coronavirus gain of function research and collaboration with the “bat woman,” Zheng-Li Shi of the Wuhan Institute of Virology.

The most consequential time Xiang Gao spent in the United States was his two years (1995-1997) at The Jackson Laboratory, the world’s source for more than 8,000 strains of genetically defined mice and home of the Mouse Genome Informatics database.

Xiang Gao would subsequently reproduce The Jackson Laboratory at Nanjing University as its Director of the Institute of Model Animals.

Later, Xiang Gao worked with People’s Liberation Army scientists, such as Xiliang Wang, who is a research collaborator with many of those linked to China’s biowarfare program. Genetically-altered mouse models, a biotechnology pioneered by The Jackson Laboratory and now widespread in China’s military research centers, was a technique critical to the creation of COVID-19.

Pre-adaptation for human infection can be achieved in the laboratory by repeatedly exposing bat coronaviruses to genetically-engineered mice that express the human angiotensin converting enzyme 2 receptor (ACE2), a process known as serial passage.

Although the Baric and Perlman mouse models adequately express the human lung ACE2 receptors, they did not fully express human ACE2 receptors found in brain, heart, kidney, and the gastrointestinal system.

Chinese scientists built upon the Baric and Perlman mouse models creating a genetically-engineered mouse that fully expressed the human ACE2 receptors, thus simulating the human infection to a greater extent.

It is important to note that Xiang Gao is a founding member of Jiangsu Jicui Yaokang Biotechnology Co., Ltd., which has been partially funded by the Chinese Communist Party. The new name for Jiangsu Jicui Yaokang Biotechnology Co., Ltd. is  GemPharmatech, which recently began operations in the United States with CEO Mark W. Moore as the “American face” for a company actually controlled by his Chinese national subordinates, Gann Xu and Zhiying Li and Xiang Gao in China.

GemPharmatech U.S. will house more than 6000 mouse models in Massachusetts and California, directly competing with The Jackson Laboratory and other U.S. companies.

In April 2021, GemPharmatech signed an agreement with the University of California Davis, which also has its own controversial links to Chinese Communist Party scientists.

The principal investigator of the University of California at Davis’ PREDICT program, funded with $200 million from the U.S. Agency for International Development, was the “bat woman” Zheng-Li Shi of the Wuhan Institute of Virology.

Bottom Line – U.S. traitors, driven by greed, are betting on the success of China.