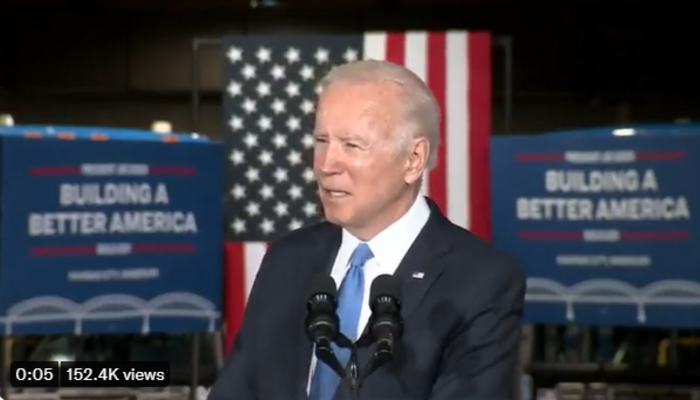 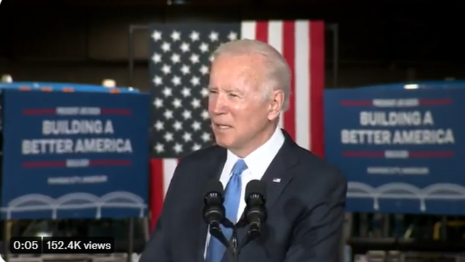 Over and over again, we find “independent fact checkers” come rushing to President Biden’s defense when he says something that sounds wacky. Spencer Brown at Townhall complained Friday in an article titled “The White House Sicced Fact Checkers on Townhall…for Quoting Biden.”

Not-so-independent PolitiFact quickly followed (and quoted) Team Biden in crying “missing context” on Biden saying they would make sure Americans are “paying their fair share for gas.” What does that mean? He meant a fair price. But he bumbled it, mixed his liberal metaphors.

BIDEN: “We’re making progress. We’re going to keep at it to ensure the American people are paying their fair share for gas.” pic.twitter.com/f41bFtbeEP

Conservatives had fun with the gaffe, and that is apparently not allowed. A half hour later, White House Rapid Response Director Mike Gwin accused Townhall of “lazy, deceptive editing.”

Lazy, deceptive, editing by @townhallcom to omit that the President was noting falling gas prices, and actually said:

“We’re making progress, we’re going to keep at it to ensure American people are paying their fair share for gas **not being gouged for gas**” https://t.co/MEHxU2ecmW pic.twitter.com/pYQYX9vj1v

The “lazy, deceptive editing” would be anyone who ignored that Townhall’s video clip BEGAN with Biden “noting falling gas prices.” Gwin should be fact-checked, not Townhall.

But PolitiFact hack Bill McCarthy jumped right in to repeat the White House line in his brief summary:

On social media, conservative media and Republican lawmakers shared a shortened clip that cut out the words, “not being gouged for gas.” In a tweet responding to the viral clip, a White House spokesperson called the omission “deceptive.”

In the full article, McCarthy insisted:

The full context of Biden’s Dec. 8 remarks indicates that he was talking about working to lower the price of gas to a more reasonable amount for Americans, not raise or maintain it….

But conservative media sites, pundits and politicians framed the Democratic president’s words differently on Twitter. They shared a shortened clip from the remarks that cut out Biden’s final words — “not being gouged for gas” — and left a misleading impression.

PolitiFact wants to edit all conservative tweets for “context” that they can approve as “true” — as in Biden doesn’t look bad. Social-media sites then scream “Missing Context” on conservative posts.

There is no “Truth-O-Meter” rating on this, so Townhall was not “Mostly False” or something. But PolitiFact’s knee-jerk Biden defending is still obvious. Spencer Brown nailed it:

Nowhere does PolitiFact dispute what Biden said, because they can’t — it’s on video — nor did they find any editing by Townhall that changed what Biden said. But that didn’t stop them from doing additional damage control for President Biden, claiming that Townhall’s “follow-up tweet wrongly claimed that omitting Biden’s final words did not change the meaning of his sentence.”

What PolitiFact really means is that they have a subjective opinion on what Biden’s statement meant — one that conveniently aligns with the White House — from where PolitiFact apparently takes its orders. They don’t even try to hide their collusion, as seen in this tweet where a PolitiFact “reporter” shared Gwin’s video showing the supposed “full context” before Townhall had even been notified a fact check was incoming.

This is why we do “Fact-Checking the Fact Checkers.”