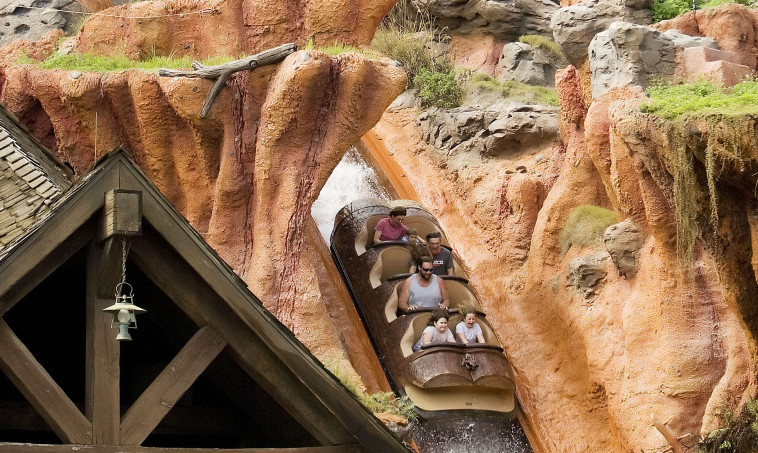 Disney World’s iconic Splash Mountain ride just went on its final run, and some people are not happy about it.

Fans took to social media to share a retrospective of the water ride’s decades-long past, including footage of the doors to the ride closing for the very last time. The hashtag “goodbyesplashmountain” currently has 1.7 million views on TikTok.

“I will miss you forever. Goodbye, Splash Mountain,” one video caption read. Another video noted that the line to board the ride was two hours long on its last operating day. Enterprising park visitors allegedly took water from the log flume and were reselling it on Ebay (sic) for up to fifty dollars per bottle.

The entire crowd joins in singing Zip-A-Dee-Doo-Dah as the final guests ride Splash Mountain at the Magic Kingdom pic.twitter.com/rdOYCG0WeF

The ride opened in 1992 and has been a popular staple of Disney World’s Magic Kingdom ever since, with celebrities like Princess Diana going for a ride. But the company announced in 2020 that it would shut down Splash Mountain, which was accused of having racist themes, in favor of creating a more inclusive Princess Tiana-themed ride in its place.

“Tiana is a modern, courageous, and empowered woman, who pursues her dreams and never loses sight of what’s really important,” a blog post from Disney explained, as The Daily Wire previously reported.

“And with this longstanding history of updating attractions and adding new magic, the retheming of Splash Mountain is of particular importance today. The new concept is inclusive — one that all of our guests can connect with and be inspired by, and it speaks to the diversity of the millions of people who visit our parks each year.”

Some parkgoers called Splash Mountain “extremely problematic” due to “stereotypical racist tropes.” It’s based on elements from the Disney film “Song of the South” (1946), which were included on the ride. Former executive secretary of the NAACP Walter White said the movie “helps to perpetuate a dangerously glorified picture of slavery.”

The film is set on a plantation and features an elderly black man, Uncle Remus, telling traditional African American folk tales to white children. The movie was not included on the Disney+ streaming platform as CEO Bob Iger said it was “not appropriate in today’s world.”

“Song of the South” is set in Reconstruction-era America during a time when slavery had been abolished following the civil war. The character Uncle Remus is not a slave but is sharing stories with a 7-year-old boy named Johnny who is visiting his grandmother’s plantation.

Pleas to keep Splash Mountain open were ultimately unsuccessful. The change.org petition “To Save Splash Mountain” garnered more than 99,000 signatures, but in the end, the ride closed anyway.

“Splash Mountain has never included depictions of slaves or any racist elements and is based solely on historical African folktales that families of all ethnicities have been enjoying for nearly a century,” it said. “It is absurd to pander to a small group of ‘Disney haters’ that don’t understand the story, and re-theme such a nostalgic ride.”