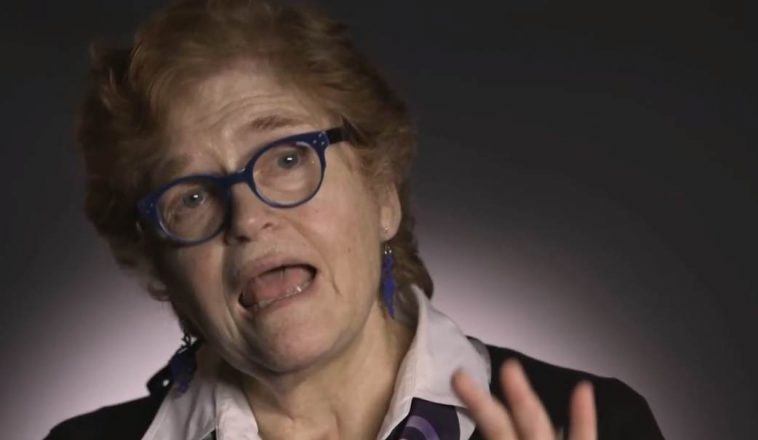 The ADL, a far left group that focuses on smearing Republicans while ignoring actual anti-Jewish attacks, is leading the charge to push the US Senator to confirm this deranged woman as anti-Semitic envoy. Lipstadt previously compared President Trump, the most pro-Israel president in US history, to Nazi murderers and propagandists. She also accused President Trump of being an “antisemitic enabler” while ignoring the open anti-Semitic lawmakers in the Democrat Party today in Washington DC.

As anti-Semitic attacks increase in the US today, and significantly in the Democrat strongholds, the anti-Semitic envoy is an important role to fill. Obviously, Lipstadt is not the person for the job.

Jewish and anti-hate-speech groups in the U.S. are pressing lawmakers to quickly move forward on considering President Biden’s nominee for the position of special envoy to monitor and combat antisemitism, Deborah Lipstadt.

Republicans are delaying her confirmation hearing, citing concerns over Lipstadt’s tweets, including some that they say targeted members of the committee.

In a letter sent Thursday, the Anti-Defamation League (ADL), Jewish Federations for North America and the Union of Orthodox Jewish North America Congregations of America, said “The global Jewish community needs the United States to be a leader in the fight against antisemitism and we must not waste more time leaving our lead official in this fight off the field.”

The Zionist Organization for America had this to say about Deborah Lipstadt.

The ZOA opposes the expected nomination of Emory University lecturer Deborah Lipstadt to be the U.S. Combating Antisemitism Envoy, because of her statements displaying partisan left wing bias. Lipstadt obscenely and falsely likened President Trump to Nazi murderers and propagandists; helped promote a video that wrongly did the same; promoted the Charlottesville Hoax (despite President Trump’s clear condemnation of neo-Nazis and white supremacists); and falsely called President Trump (the grandfather of Orthodox Jewish children) an “antisemitic enabler.” Lipstadt’s abuse of false Nazi and antisemitism charges against those with whom she disagrees politically should disqualify her from serving as the U.S. Combating Antisemitism Envoy.

Lipstadt’s primary focus is antisemitism on the right (both real and imagined), at a time when the major threat is Islamist and far-left antisemitism. We are concerned that Lipstadt will ignore and/or give far too little attention to antisemitism from groups such as the Black Lives Matter organization, and leftist and Islamist BDS groups and Israel-bashing NGOs.

President Biden promised to heal and bring all Americans together when he assumed office. Nominating and confirming Lipstadt would increase partisan divides. The Combating Antisemitism Envoy is a sensitive position that requires someone non-partisan, who will honestly and strongly address all real forms of antisemitism, from the left wing to the right wing, and who will not make inaccurate charges of antisemitism to defame political adversaries. Lipstadt is a bad choice.