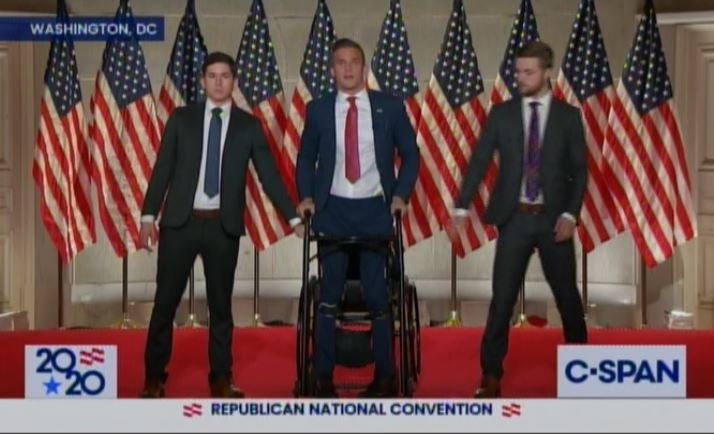 A Federal Judge blocked Democrats from preventing Madison Cawthorn from running for reelection in North Carolina on Friday.

On December 20th Marc Elias tweeted out a shocking Un-American plan to use the 14th Amendment of the US Constitution to prevent conservative Republican stalwarts from running in the 2022 elections.

China does the same thing to “unapproved” politicians in Hong Kong. In February Marc Elias and the Democrat Party used this Marxist tactic to prevent the very popular young Rep. Madison Cawthorn from running for reelection in North Carolina.

Rep. Madison Cawthorn, who is crippled and in a wheelchair, allegedly led the insurrection? Seriously?

Rep. Madison Cawthorne speaks at The Ellipse in Washington DC on Jan. 6

In response, Madison Cawthorn sued the North Carolina Board of Elections over their attempt to disqualify him from running for reelection based on a Civil War rule.

A federal judge blocked the Marxists in their outrageous lawsuit against Rep. Cawthorn on Friday.

A federal judge blocked an effort to keep North Carolina Republican Rep. Madison Cawthorn off the state’s ballot for the 2022 elections Friday.

Chief District Court Judge Richard Myers said that “the state’s election board can’t proceed with an inquiry that would have delved [into] his role leading up to the Jan. 6 2021 attack on the U.S, Capitol,” WRAL reported. Judge Myer stated he could not allow the challenge from Free Speech for People to continue, according to WECT.

The Democrats and RINOs in the state want to punish Cawthorn for standing with President Trump when the 2020 Election was stolen.  Cawthorn was a superstar Representative and a popular Trump-supporter.

Cawthorn provided a glimpse of his love for this country at the RNC when the world got to see who he really is.

https://www.youtube.com/watch?v=NoQuSvRHisQ
The Democrats and RINOs are scared of President Trump, Representative Cawthorn and the American people. The Marxist Democrats failed this time in their unconstitutional plot to reject the will of the people. 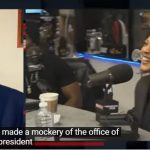 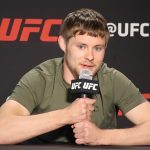