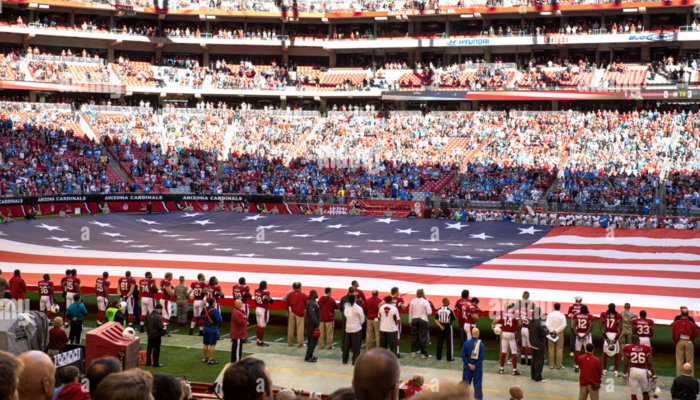 The national anthem has widely been disrespected by athletes and sports franchises alike in recent years. One Florida lawmaker is doing all he can to fight back against that. 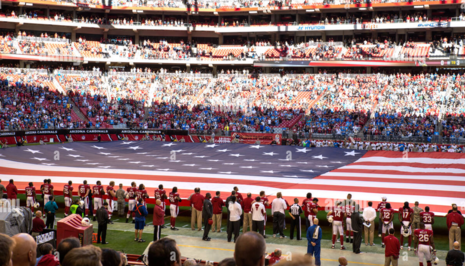 Fla. Sen. Joe Gruters (R-Sarasota) has introduced a bill that if passed will require “the national anthem be played before games at professional sporting events at taxpayer-funded venues.” Gruters added that if professional teams do not comply with this bill, the team will be, “subject … to a prohibition on future contracts and fines paid directly to the state.”

To which Gruters calmly responded, “I don’t know that there are any known instances in Florida, this is just to make sure as a proactive approach that people continue to play it,” Gruters answered.

The interaction was recorded:

It is discouraging that a state lawmaker would find this bill to be comical, given the abundant disrespect our anthem and flag have received over the years. And while Torres might be right in that no professional Florida sports teams have removed the anthem from pregame ceremonies, it does not mean they won’t in the future (given how woke the sports world is).

Furthermore, there have been teams within the past year who have nixed the anthem from pregame ceremonies. During the 2020-2021 season, Dallas Mavericks owner Mark Cuban stated that he would not be playing the national anthem before home games because many players felt that “the anthem doesn’t represent them, and they want to continue discussion of how to represent people from all communities,” while also saying they don’t hate America.

That’s like saying you respect women and then shamelessly harass most females you see (Joe Biden, sniff your office.)

Texas lawmakers had to pass a bill that required pro teams to play the anthem before games as a result. So in reality, Gruters’ proposed bill is a proactive and admirable step that should be received with respect and applause, not sarcasm and mockery.

It is better to be over-proactive than passive in these wacky times.