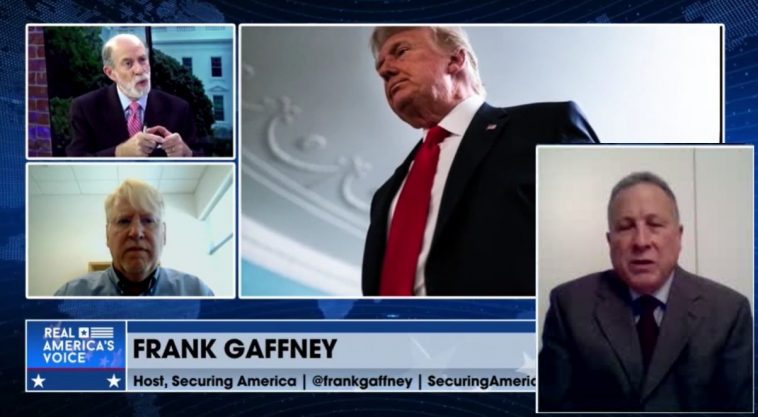 Dr. and Col. Lawrence Sellin was on with Frank Gaffney to discuss China’s biowarfare program.  Following Dr. Sellin, Joe Hoft from The Gateway Pundit shared on the economy in China after recent actions by President Trump.

Dr. and Col. Lawrence Sellin was on first with Frank Gaffney, and he discussed the structure of COVID-19 and baedon his assessment, determined that it was quite clear that the virus was built in a lab.  The Chinese biological warfare program is built on numerous levels and at one level China accessed research centers in the United States.

Next Frank Gaffney had Joe Hoft from The Gateway Pundit on to talk about his observations of China while he lived in Hong Kong over the past decade.   Joe discussed that under President Trump there was a “consistent decline of the Chinese economy” because of President Trump.

China was hurting because of President Trump’s actions in putting in place tariffs with China and demanding China play by the international rules other countries were complying with.  Also, as we are seeing today China had overbuilt in real estate as the US did in 2008.  China was in trouble.  President Trump demanded that China play by the rules the rest of the world and China had to comply because their economy was (and still is) imploding.