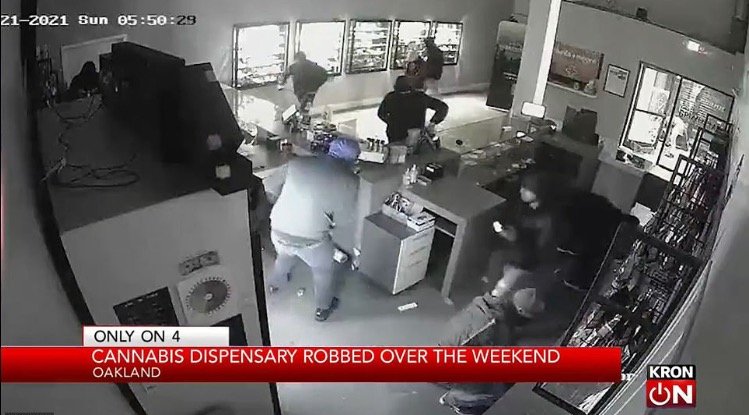 San Francisco Bay Area – A gang of armed ‘smash-and-grab’ thieves fired 175 shots and stole $5 million worth of products from 15 cannabis shops in Oakland, California throughout November.

Alphonso “Tucky” Blunt, the owner of “Blunts and Moore” told KRON that he was a lot safer when he was on the street illegally selling.

Many of the dispensaries targeted by the looters will go out of business because insurance coverage is difficult for them to get.

Cannabis shops across the San Francisco Bay Area have been thrown into dire straits as gangs of thieves broke into more than 15 shops throughout November during the series of ‘smash-and-grab’ robberies that are plaguing California.

Alphonso ‘Tucky’ Blunt, owner of Blunts and Moore, told MJBizDaily that his store lost about $25,000 during a November 22 raid, where more than a dozen burglars ransacked the store.

‘I know 25 or so businesses that got hit … and out of all those, the percentage I know that told me that they may not be able to reopen is about 50 percent. That’s scary,’ Blunt said.

‘I was safer, and had more money, (selling) on the street, illegally.’

Video of one of the robberies that took place at the end of November: