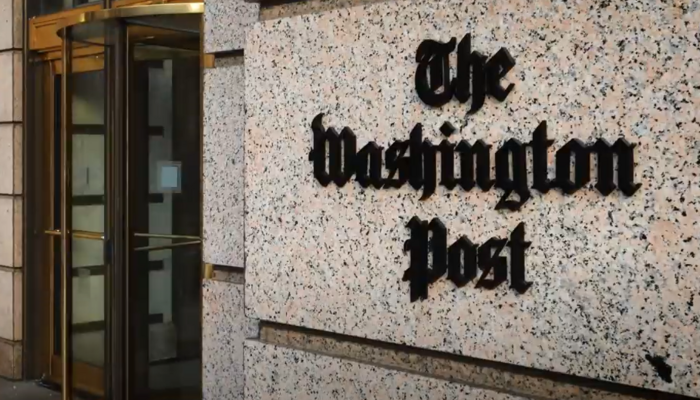 The Washington Post takes itself very seriously, claiming on the front page every day that “democracy dies in darkness.” On the editorial page, it declares itself “an independent newspaper.” But on Tuesday, the Post continued its favorite, decidedly non-independent, tradition: Endorsing the Democratic candidate for governor in Virginia for the 12th time in a row.

In 2020, I wrote an op-ed for The Daily Caller on the Post’s perfect score (11-0) endorsing Democratic presidential candidates:

The Democrats have exciting, “supple” (Barack Obama in 2008) candidates who inspire hope. In contrast, Republicans are reckless (John McCain in 2008) and bad on race (George H.W. Bush in 1992), to name a few of the paper’s concerns. While some Post endorsements were more enthusiastic than others, the conclusion is always the same: America MUST elect a Democrat president.

Sometimes, the Post will tell its readers not to be cynical. This isn’t a choice between the lesser of two evils, they say. The paper’s 2020 endorsement of Biden cheers: “Fortunately, to oust President Trump in 2020, voters do not have to lower their standards. The Democratic nominee, former vice president Joe Biden, is exceptionally well-qualified, by character and experience, to meet the daunting challenges that the nation will face over the coming four years.”

The paper officially endorsed McAuliffe early in an attempt to provide a boost. On September 16, the editorial board gushed, “Democrat Terry McAuliffe makes a persuasive case as he campaigns to reclaim his former job as governor of Virginia, which does not allow consecutive terms in office.”

McAuliffe, who is now trailing in the polls in Virginia is only “moderately left of center.”

His pro-business, moderately left-of-center priorities are in step with a state that has trended Democratic for more than a decade but has remained leery of the party’s leftward tilt elsewhere. By contrast, the Republican nominee, Glenn Youngkin, a candidate making his first run for political office, has played footsie with the scurrilously antidemocratic “big lie” that election fraud propelled President Biden into office; signaled he would roll back gun-safety laws and abortion access; equivocated on same-sex marriage; and called Medicaid expansion, which provided health insurance for hundreds of thousands of Virginians, “sad.”
…
It’s critical that Virginians recall that Mr. McAuliffe is a dynamic chief executive with a proven track record for advancing prosperity.

Also on September 16, the Post cheered Herring and Ayala as “levelheaded progressives.” (Unlike their extreme GOP opponents.) In 2020, the paper’s endorsements were 6-1 Democrat. In the 2013 off-year elections, the Post weighed in on 27 local Virginia elections, endorsing Democrats in 20.

The Washington Post may throw around terms like “an independent newspaper” and claim its role as saving democracy. But everyone should know the truth: This paper’s main goal is to elect more Democrats.

(See a 2012 Post story on the history of its endorsements. There, writer Patrick B. Pexton confirms: “The Post has endorsed no Republican for governor in Virginia going back as far as 1977.”)