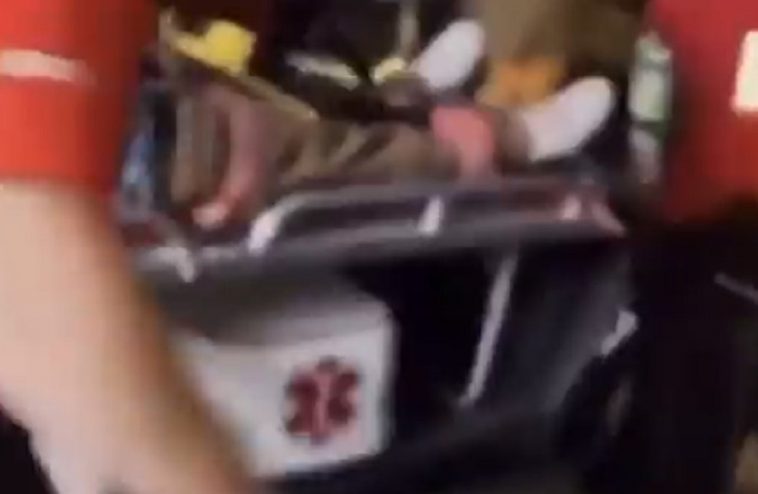 Eight people are dead and others are injured after a stampede at a sold out rap music festival in Houston, Texas on Friday.

The third-annual Astroworld Festival at NRG Park sold 100,000 tickets within an hour when they went on sale in May. Performers included Travis Scott, Young Thug, Lil Baby, SZA, and a surprise appearance by Drake.

Local station ABC 13 reports that “multiple fans were trampled as hundreds rushed the event’s perimeter Friday afternoon. Once inside, some people began climbing onto portable toilets as security personnel worked to try and contain the crowd.”

“We have eight confirmed fatalities at this point,” Houston Fire Chief Samuel Pena told reporters. He added that 23 people were transported from the venue.

“The crowd began to compress toward the front of the stage, and people began to panic,” Pena explained.

Warning, the following videos are graphic and disturbing:

As we were arriving to the Astroworld Festival at NRG Park right at 2:00, a stampede burst through the gates. Hundreds of people destroyed the VIP security entrance, bypassing the checkpoint. People were trampled. Some were detained.

(Excuse any language you may hear) pic.twitter.com/d0m2rjqAAk

Multiple people have been taken to an area hospital in the Houston, Texas area after sustaining injuries at #ASTROWORLDFest, according to @KHOU. Video shared on Instagram Stories shows first responders performing life-saving measures on attendees. pic.twitter.com/oOLH0AU2QU

The festival appears to have continued as planned despite the tragedy.