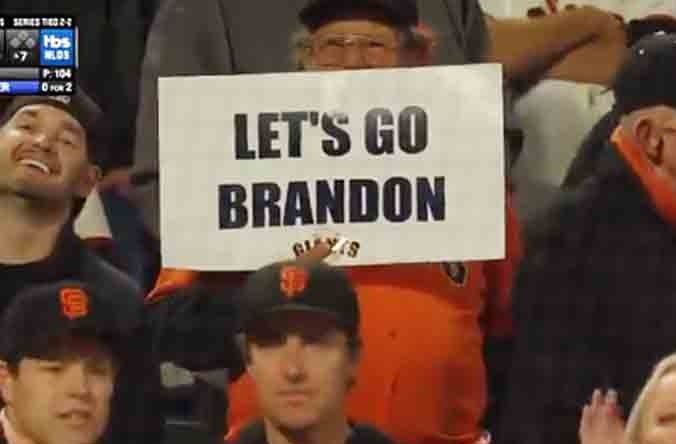 Always remember: Dirty RINOs are not your friends. They will stab you in the back and toss you in a ditch without hesitation.

But GOOD Republicans need to respect our political foes — according to the dirty RINOs. These are the same people who bow to Democrats but stab their voters in the back without any remorse.

Now these RINOs are lecturing Republicans on using the phrase, “Let’s go Brandon!” a comical version of “F*** Joe Biden!”
These Republicans just wish it would stop. It’s not who we are.

“I don’t think it’s very respectful and I wish it would stop,” Sen. Roger Marshall (R-Kan.) told HuffPost when asked about the “Let’s go Brandon” phrase on Tuesday. “I don’t support that type of language.”…

…“I’m just not a fan of that,” Sen. John Thune (S.D.), the No. 2 Senate Republican, told HuffPost when asked about the meme.

Sen. Roy Blunt (Mo.) said he’s “not inclined to participate” in the chant.

Sen. Mike Braun (Ind.), meanwhile, said he understands why people are frustrated with Biden and his administration even if he doesn’t personally support using explicit language. Most Republicans would rather focus their messaging against the Biden administration on the economy and foreign policy.

“Regardless of what you think of style or delivery, there’s a lot to be frustrated with,” Braun said of Biden’s policies. “I’m one that’s more for less histrionics and more solutions, but I see why people are frustrated.”