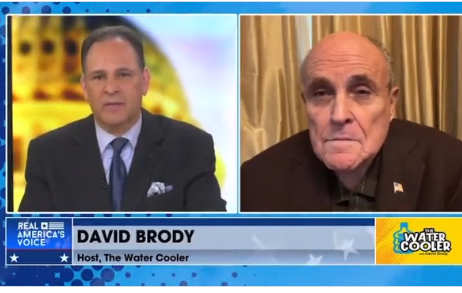 During their interview Rudy described the current political and cultural climate in America today.

David Brody:  Is there a word that describes what American society is today under this Biden regime?  How do you see society today under his administration?

Rudy Giuliani:  I really hesitate to say this.  I hate to say it.  I don’t want to say it.  And it will make me feel very bad saying it but we’re a fascist country at this point.  The administration is using and has been for some time fascist tactics.

Rudy is right. The Biden administration along with Congress, the media elites and Liz Cheney are wielding power like fascist thugs. They have no interest in the truth or justice. Their only intent is to crush their domestic opposition and increase their power.

The Justice System is gone. Foreign policy is a disaster. Innocent Americans and opposition members are held in prison without trial. The corrupt media refuses to report the facts and only reports official lies from the administration.
How else would you describe it?

Rudy today was asked to describe what the country is like under Biden in one word. Rudy: “We’re a fascist country at this point.” pic.twitter.com/95ogBDsb9N

Here is more from Rudy’s interview with David Brody.