An illegal alien in Ennis County, Texas, was convicted and sentenced to 25 years in prison this week after he repeatedly sexually abused a 10-year-old girl.

Jose Gustavo Garcia-Rodriguez, a 28-year-old illegal alien, was convicted of sexually abusing the girl on at least two occasions over the course of more than a month in 2016 and 2017.

The girl said she was sexually abused by Garcia-Rodriguez in his home as well as his car. In 2018, the girl reported the abuse to her school, which spurred an investigation by Child Protective Services (CPS) and the Ennis Police Department.

Garcia-Rodriguez was subsequently arrested and police said he admitted to touching the girl’s private parts during an interrogation.

For his conviction for continuous sexual abuse of a young child, Garcia-Rodriguez was given a 25-year prison sentence without the possibility of parole. The Immigration and Customs Enforcement (ICE) agency has a detainer on him so that when he is released from local custody, he will be turned over to them for arrest and deportation. 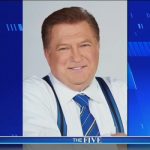 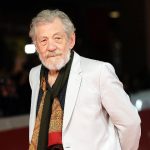