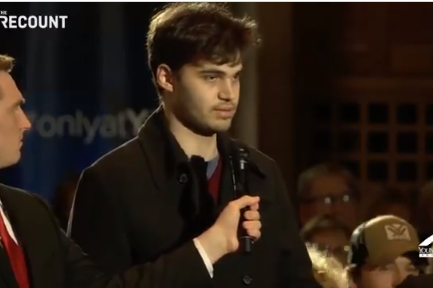 An Iowa student asked Turncoat Vice President Mike Pence why he “bucked Trump” and went ahead and certified the clearly fraudulent election results on January 6th.

Pence did this while President Trump was speaking to over a million supporters at the Ellipse in Washington DC.  The people knew the election was stolen on Jan. 6th.  And today a majority of American voters still believe Democrats cheated to in in 2020.

On Thursday night an Iowa student asked Mike Pence for the name of the person who told him to buck Trump and certify the 2020 election results.

Iowa student asks former VP Mike Pence for the name of the person who told him to buck Trump and certify the 2020 election results.

That kid just showed more courage than Mike Pence did on January 6th.

Pence did not even have the kahunas to push the results back to the states to investigate the election process and results for 10 days. Such a weak man.