Iranian regime releases video showing Iranian gunboats swarming a US warship and pointing their machine guns at it.

Footage of the encounter was released by Iranian media sources. The footage showed the IRGC gunboats swarming around an oil tanker and pointing machine guns at the nearby U.S. warship.

Iranian media outlets claimed the IRGC forces were stopping the U.S. from committing an act of “piracy” against an Iranian oil tanker, but that claim has been refuted by at least one U.S. official. The oil tanker in the video also appears to be a Vietnamese-flagged vessel called Sothys.

A US official rebutted Iran’s claims:

…“We’re refuting the Iranian claims that they prevented us from taking back this vessel,” the official said. “Here’s the bottom line: This occurred last week. U.S. naval forces in the Gulf of Oman observed Iranian naval forces seize this oil tanker.”

“There were over 10 Iranian fast boats that swarmed this thing,” the official added. “There was a helicopter seen flying around, and, bottom line, our forces responded to monitor the situation.”

The official also said that the U.S. had declined to officially address the incident last week, citing “sensitivities”. The official said, “Iran is now spinning this against us, saying that they prevented us from taking back this vessel when it’s very clear that our forces were simply there monitoring.”

It’s unknown if the ‘sensitivities’ noted above are related to the Biden gang’s attempt to rehash a nuclear agreement with Iran.  The Obama administration gave Iran billions to entice them to sign a garbage deal.  President Trump later called this the worst deal in history.

We reported in June that Biden/Obama was back attempting to put in place another garbage deal with Iran.

Why would Obama/Biden ever want to give billions to Iran? 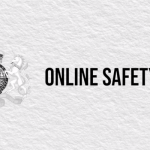 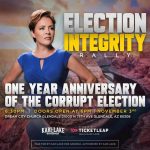