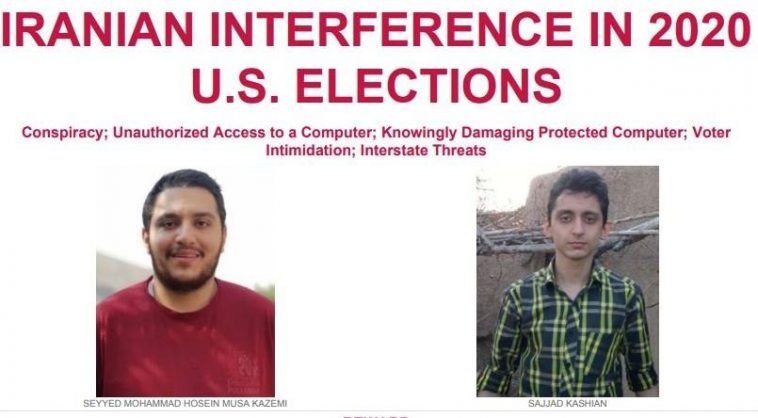 The Stasi FBI is offering a reward of up to $10 million for information on or about the activities of Seyyed Mohammad Hosein Musa Kazemi and Sajjad Kashian. Here is the FBI.

Reward:
The Rewards For Justice Program, United States Department of State, is offering a reward of up to $10 million for information on or about the activities of Seyyed Mohammad Hosein Musa Kazemi and Sajjad Kashian.

Details:
On October 20, 2021, a grand jury in the United States District Court for the Southern District of New York indicted SEYYED MOHAMMAD HOSEIN MUSA KAZEMI, also known as “Mohammad Hosein Musa Kazem”, and “Hosein Zamani”, and SAJJAD KASHIAN, also known as “Kiarash Nabavi”, for, among other things, computer intrusion, voter intimidation, and interstate threat offenses, for their alleged participation in a multi-faceted campaign aimed at influencing and interfering with the United States 2020 Presidential Election. In connection with this campaign, the defendants allegedly obtained United States voter information from at least one state election website, sent threatening voter email messages to intimidate voters, crafted and disseminated disinformation pertaining to the election and election security, and accessed, and attempted to access, without authorization, the computer systems of several online United States media entities and states. This occurred from at least in or about August of 2020, to at least in or about November of 2020. 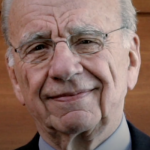 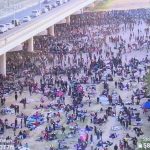