Recent reports that there is more information on the Hunter Biden laptop may be an effort by Deep State to target anyone who previously reported on the laptop and attach made-up crimes to these individuals.

The laptop was obtained by computer repairman John Paul Mac Isaac.  From him, the laptop took on a life of its own.  The FBI obtained the original laptop but recently shared that they did not know where it was.  The Head of cyber at the FBI claims he doesn’t know where it’s at.

In addition, reports from the other side of the globe assert that lots more data was found on the laptop.  We reported on this less than a week ago.  These reports claim that 450 GB of deleted content from the Hunter Biden laptop was found. This allegedly includes 80,000 images/videos and more than 120,000 archived emails.

However, John Paul Mac Isaac says this cannot be the case.  He shared the following on Newsmax.

In addition, we’ve reported that other experts agree with Isaac and claim that there is no way that 450 gig of data could be located on the Hunter Biden laptop.  It’s impossible. One expert explained it this way:

Due to the condition and stability of HB’s liquid damaged MacBook Pro, John Paul MacIsaac was unable to preform a block recovery or a true clone of the drive. Instead, he performed a manual data copy from the intermittently powering off laptop. He was successful in recovering the contents of the user’s home folder, a total of around 220GB of data off the 256GB non-removable SSD…

…[A claim that] an additional 450 GB [of data was found] from the copy of the laptop drive is false because a copy based on a drive that originated from John Paul MacIsaac’s image didn’t have this amount of storage capacity in the first place.

It is technically impossible to recover 450 GB of erased data from a 256 GB drive source.

When you delete a file from a computer, you are telling the OS to forget the location of that file on the drive, but the file is still there. It is possible to recover a deleted file as long as the OS hasn’t written new data over the file’s previous location. If 450 GB of data was un-deleted from the drive, that would leave 250 GB of data recovered beyond the original 500 GB drive capacity. The newly discovered 450 GB of data combined with the existing original 300 GB data would require the original copy of the drive to be at least 750 GB. The backup drive only had 500 GB.

The list of individuals who have had access to data on Hunter Biden’s laptop is extensive.  It not only includes the publishers and reporters named above, but it also includes Rudi Giuliani and others who received the data.

This all sounds like something the Deep State would do. 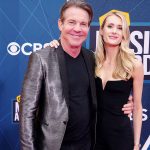 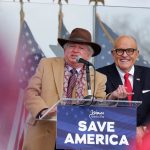