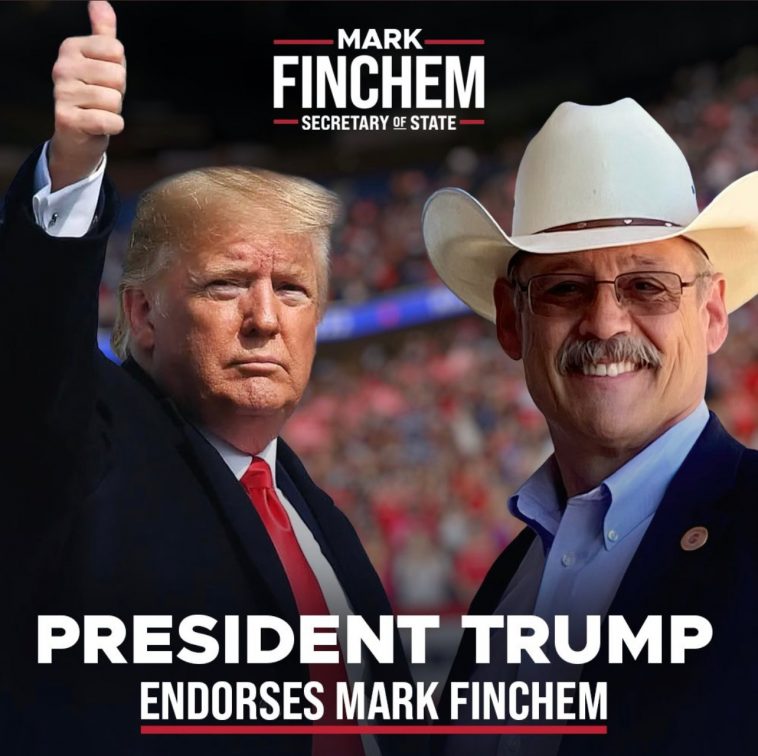 We are fighting, the only way I can describe it, is demonic forces… They want to see to it that America goes down because that’s the only way that communism can actually survive.  You can’t have an alternative where people are free, in an environment where the powers want to control everything and every aspect of your life.

[When discussing the incident in Georgia related to suit against the Gatewaypundit]  To be truthful about this.  If there’s a judge who allows that to come into his courtroom he should admonish the attorney that carries that and sanction him.  There’s video evidence that this was done.  You reported fact.  What exactly is the problem here, your honor?

That’s pretty typical.  You’ve got the left that names something that it’s purported to be [i.e. Protect Democracy] and it’s a lie.  The left wants to talk about that ‘Big Lie’ thing.  They’re masters at it.

I think we are sitting on the biggest racketeering case in the history of the country and I hope that there are some judges that are not bought into the American Bar Association leftist attitude about justice.  These people need to be sanctioned.  They need to have their law licenses revoked for the things that they’re doing.  They’re not advocating for democracy… This is an insurgency.

These are domestic enemies of the people and they’re going out of their way to try and gaslight people into believing, ‘well it’s really ok to take a suitcase of ballots out and run them through a machine a dozen times’.   Ok, what’s the output of that.  The output is a fraudulent election.

I hope there’s justice for Raffensperger.  That guy.  I’m beside myself with him.  Here I’m running for Secretary of State in Arizona.  He exemplifies everything I will not do.

Listen to more in the audio below: