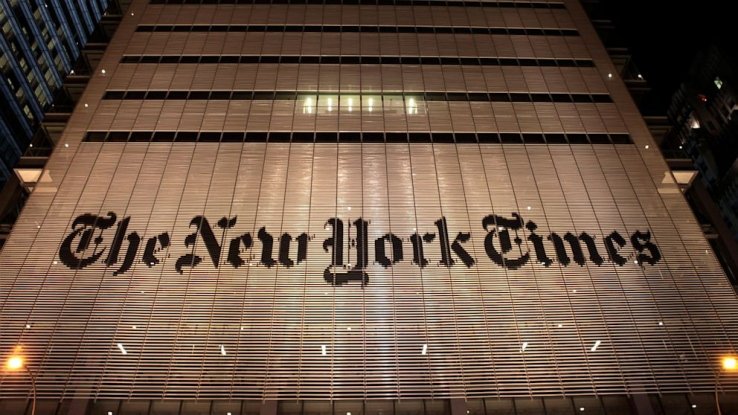 A few years ago, when the left started going after historic statues, they claimed that it was just about Confederate statues. That was a lie.

It was never just about Confederate statues. It was about whatever the woke left didn’t like.

In New York City, leftists just got a statue of Thomas Jefferson removed. Now the left wants to go after classic rock songs.

Hide your classic rock LP’s. The thought police at the New York Times are coming for them.

The New York Times opinion section has run a column advocating for classic rock songs like Don McLean’s “American Pie” to be reconsidered and maybe even “toppled” like historic Confederate statues, arguing that reevaluating beloved songs will help create a world that is “inclusive and more just.”

Jennifer Finney Boylan, who is a male-to-female transgender, laid out the case in the op-ed titled “Should Classic Rock Songs Be Toppled Like Confederate Statues?”

“As we take another look at the sins of our historical figures, we’ve also had to take a hard look at our more immediate past and present, including the behavior of the creators of pop culture,” Boylan wrote. “That reassessment extends now to the people who wrote some of our best-loved songs.”

Average Americans must respond to a suggestion like this with a loud and resounding “no.”

A New York Times columnist called to cancel classic rock if the lyrics were not sufficiently “inclusive” or “just.”

The songs in question include Don McLean’s “American Pie” and the Rolling Stones’ “Brown Sugar.”

I can confidently say that this is Top 5 in the Stupidest Articles I Have Ever Read list. my goodness

Should Classic Rock Songs Be Toppled Like Confederate Statues? https://t.co/hei5h75nVG

This is about control. Plain and simple. Don’t let them have it.