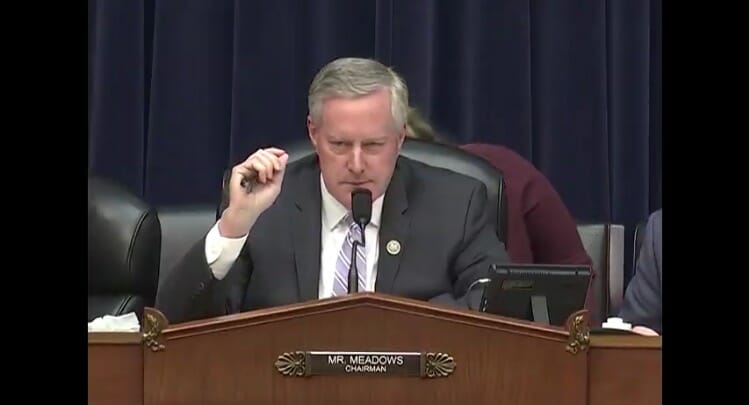 Mark Meadows informed the committee he would no longer appear before the sham committee for a deposition because they weren’t respecting boundaries concerning executive privilege.

“We agreed to provide thousands of pages of responsive documents and Mr. Meadows was willing to appear voluntarily, not under compulsion of the Select Committee’s subpoena to him, for a deposition to answer questions about non-privileged matters. Now actions by the Select Committee have made such an appearance untenable,” the letter from George J. Terwilliger II stated.

“All of those documents raise issues about which the Select Committee would like to question Mr. Meadows and about which you appear to agree are not subject to a claim of privilege,” Thompson wrote in a letter to Meadows.

“The Select Committee is left with no choice but to advance contempt proceedings and recommend that the body in which Mr. Meadows once served refer him for criminal prosecution,” Thompson added.

The January 6 committee already voted to hold Trump’s top advisor Steve Bannon in contempt and referred him to the DOJ for criminal charges.