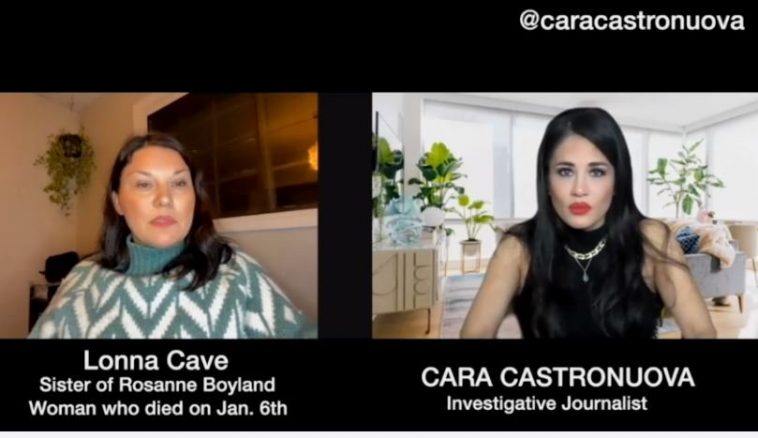 The proof continues to emerge that a woman named Rosanne Boyland was possibly killed by DC Metropolitan Police on January 6th and the government is still refusing to acknowledge it.

The fake news continues to ignore surmounting evidence that justifies in the very least a fair investigation by our government and the January 6th Committee.

Boyland’s sister Lonna Cave spoke to us in an exclusive interview. She is speaking out for the first time via video appearance with a news organization and asking for help. See the full in depth interview here:

The family is crowdsourcing to sue the Government for Rosanne’s full autopsy records. They are also suing for police bodycam footage showing her death on the Capitol Steps on January 6th where she was seen on video being beaten brutally by a DC Metro Police Officer named Lila Morris.

We here at The Gateway Pundit have been investigating Rosanne Boyland’s death because no one else will- and that includes the government, the Department of Justice, the FBI, the police, the mainstream media and almost all other news sources. Rosanne Boyland with her parents Cheryl and Bret on a family road trip.

Ashli Babbit has become a household name in America, rightfully so, but not many have heard of Roseann Boyland. Of course that is by design, as her story does not fit the narrative the government and the Main Stream Media want us to believe about January 6th. They want us to believe that Trump Supporters were attacking the Capitol and police unprovoked, but the story is not truthful, and evidence continues to emerge that shows the opposite.

The Government, DC Medical Examiner and Mainstream Media reported that Boyland died of a drug overdose but since then evidence has emerged that suggests otherwise. Video has been discovered showing a DC Metropolitan Police Officer brutally beating Boyland with a stick on Capitol stairs around the time of her death, and multiple eyewitnesses have come forward and sworn that Boyland’s death was due to police brutality.

Officer Lila Morris of the DC Metropolitan Police 6th District was seen on video brutally beating Rosanne Boyland as she lay unresponsive with a large stick.

“We knew she did not die of a drug overdose like the DC Medical Examiner told us, it made no sense,” said Cave. “Now that we want to conduct our own investigation, they will not release the full report to us. My parents and I cannot have closure, we need to find out what happened to my sister Rosanne.” Rosanne Boyland marching on January 6th. She wears an “I Voted” sticker. President Trump was the first person Boyland ever voted for.

According to Cave, her family has been threatened and shamed since January 6th and she was  afraid to speak out.

“They call us a family of terrorists,” said Cave. “It has been so difficult. Please understand that my sister Rosanne was the sweetest person I have ever met and was the opposite of a terrorist. We have to do right by her and find out the truth.”

We at Gateway Pundit helped bring video to the light that showed Boyland being beaten viscously on the Capitol steps by a DC policewoman named Lila Morris when it was brought to our attention by video forensics analyst Gary McBride of The People’s January 6th Commission. We have interviewed many eyewitnesses who say she was allegedly killed by police. These witnesses say she was brutalized by police who beat her with weapons and shoved people on top of her. They teargassed and beat anyone that tried to save her life. The men that tried to save her by fighting off DC and Capitol Police languish in prison to this day with no bail, being charged for attacking the very police who were allegedly seen in video and by eyewitnesses killing Roseann Boyland.

What stands out most in this reporter’s mind after multiple interviews with the Boyland family is how much they truly adored Rosanne and how completely loved she was. This heartbroken family has since tried to get answers- her full autopsy report, the body cam footage of the police woman seen bludgeoning her as she lay dying on Capitol steps, the closed circuit footage from inside the Capitol after she was dragged inside, or any records whatsoever pertaining to their daughter’s death. They have been denied all information by the government, and been virtually ignored by their political representatives to whom they have reached out. The government, DOJ, January 6th Committee and DC Metro Police continues to refuse them a formal investigation. Rosanne with her parents on a family vacation before January 6th.

In this exclusive first-time interview, Rosanne’s sister has finally stepped forward to ask for America’s help in finding answers. If you can find it in your heart to help this family in any way you can, they deserve answers, justice and closure. We The People also need answers about our fellow citizen Rosanne Boyland, and for all Americans to finally begin to understand the real truth behind January 6th. Please clink here to help the investigation into the death of Rosanne Boyland. You can send Prayers via GiveSendGo. Roseann “Aunt RoRo” Boyland with her older sister Lonna Cave and her nieces.

Cara Castronuova is a co-Founder of C.A.P.P. (Citizens Against Political Persecution and The People’s January 6th Commission. She is an Activist, Investigative Journalist, 2-Time Boxing Champion, Celebrity Fitness Trainer and Television Personality. You can watch her on Newsmax at 10PM EST every Saturday night on “Wiseguys”. You can follow her on Instagram & Twitter @CaraCastronuova. She is currently banned on Fakebook & suing them for defamation of character.  You can contact her via the C.A.P.P. website at www.CitizensAPP.us or www.caracastronuova.com if you have any tips or would like to volunteer. 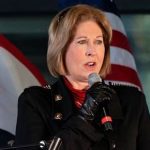 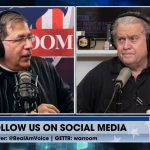