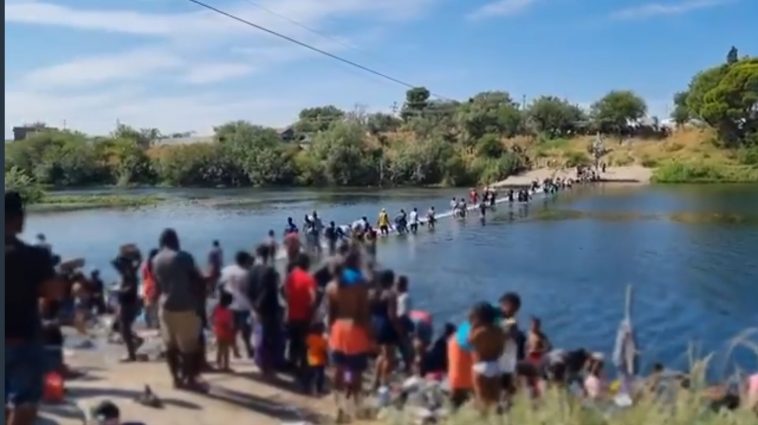 In August, the Supreme Court of the United States shot down a last-ditch effort by the Biden administration to stop the reinstatement of Trump’s extremely successful “Remain in Mexico” policy, otherwise known as the Migrant Protection Protocols (MPP) program.

The court made the decision after Biden’s open-border regime had filed an emergency application because of a similar ruling that was made earlier in the month, by a Federal Judge in Texas.

On Monday the 5th U.S. Circuit Court of Appeals dealt the open borders Biden regime another blow ruling the administration cannot end the requiring migrants to wait in Mexico while their asylum claims are processed in the U.S.

Joe Biden faced another blow in the southern border crisis when an appeals court ruled Monday the administration cannot end the program requiring migrants to wait in Mexico while their asylum claims are processed in the U.S.

‘[The Department of Homeland Security] claims the power to implement a massive policy reversal — affecting billions of dollars and countless people — simply by typing out a new Word document and posting it on the internet,’ the 5th U.S. Circuit Court of Appeals said in a Monday night ruling.

The 117-page opinion added: ‘DHS has come nowhere close to shouldering its heavy burden to show that it can make law in a vacuum.’