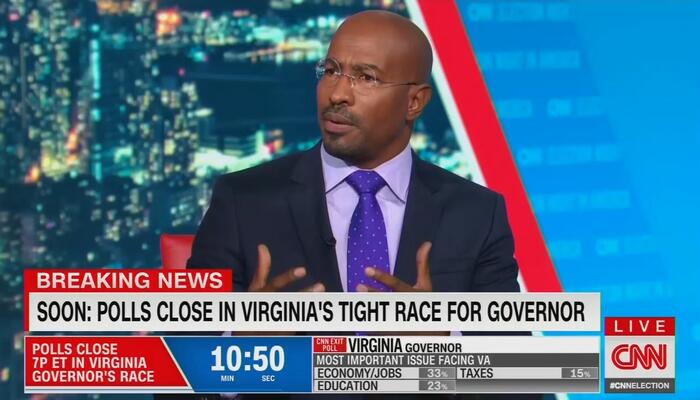 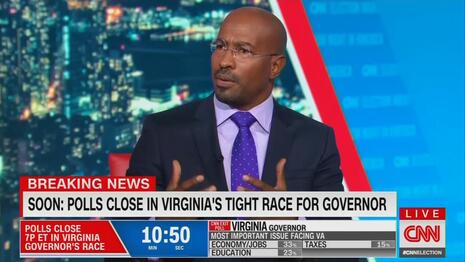 With less than a week before Election Day, the libs in the national media woke-up and realized that the Virginia governor’s race was too close for comfort, so they snapped into action.

It was time to play the race card and paint GOP candidate Glenn Youngkin and his supporters as a bunch of anti-Critical Race Theory racists and drag Terry McAuliffe across the finish line.

On October 29, Washington Post columnist Jonathan Capehart warned that GOP gubernatorial victory “would show that fear and anger win the day. The fact that we’re having a conversation about Critical Race Theory….just goes to show how Republicans have decided that picking at white grievance and tap-dancing with white supremacy is their way back into power.”

On Election night Reid slimed Youngkin: “He’s found a way to launder a pretty racist trope, this idea that we cannot talk about America’s history, because ‘It hurts my feelings.’”

But then the so-called “white supremacist” Virginia voters blew up their narrative, as seen in the following results:

Early indications are the liberal journos STILL haven’t quite learned their lesson, as they pouted and whined about Youngkin’s strategy of “weaponizing race” with CRT,  as seen in the following post-Election outbursts:

Contributor Van Jones: “When this election is over in Virginia, we will [have] seen the emergence of the delta variant of Trumpism….In other words, Youngkin same disease, but spreads a lot faster and can get a lot more places.”…
Anchor Anderson Cooper: “That’s implying that Youngkin is more dangerous than the….former president.”…
Jones: “More easy to spread, because if you are looking at what he’s doing. He is playing footsie with the worst of Trumpism….He is using all of the critical race theory head fakes and head nods, which is a softer version of a very virulent kind of anti-black posture.”
— CNN’s Election Night in America, November 2.

“It was education, which is code for white parents [who] don’t like the idea of teaching about race. Unfortunately, race is just the most palpable tool in the toolkit. It used to be of the Democratic Party back in the day when they were Dixiecrats. And now the Republican party. It just is powerful.”
— The ReidOut host Joy Reid on MSNBC’s live election night coverage, November 2.

“This is the way Republicans always used to run….They would say it was about education, it was about welfare, it was about a handout. It was, you know, there were these sort of coded appeals that were able to weave together different coalitions that the guy at the back of the rally with the confederate flag was there for you but so was the, you know, relatively affluent suburban mom who doesn’t like Donald Trump saying send them back and we’re going to ban all the Muslims. Right? Like, this is not rocket science.”
— All In host Chris Hayes on MSNBC live election night coverage, November 2.

“The only reason that we’re talking about Critical Race Theory is because Glenn Youngkin had 18 months to convince people that he was not a fire-breathing, horns-out-of-his-skull racist….You can only talk about Critical Race Theory if you present yourself as the kind of neutral white guy who’s like, ‘I don’t dislike brown people, I just think this is going a little too far.’ So it only works if you’ve been able to present yourself as neutral or non-hostile on race issues. That’s not something that a lot of Republicans are very good at.”
— Contributor Jason Johnson on MSNBC’s live election night coverage, November 2.

“The Republican Party is caught in a riptide of disinformation. It’s carrying the rest of the country out to sea….If you look at what happened in Virginia, he [Glenn Youngkin] was carpet bombing the commonwealth with disinformation. He was saying that Critical Race Theory was coming into Virginia schools. No it’s not.”
— Correspondent Jim Acosta on CNN’s The Situation Room, November 3.

Co-host Michele Tafoya: “My second grade report was on slavery and the abolition of slavery, I mean, it’s being taught to my kids. No one is pretending it didn’t happen.”…
Co-host Sunny Hostin: “I suspect that the 57 percent of white women that voted for Youngkin do want to pretend that it didn’t happen.”
— ABC’s The View, November 3.