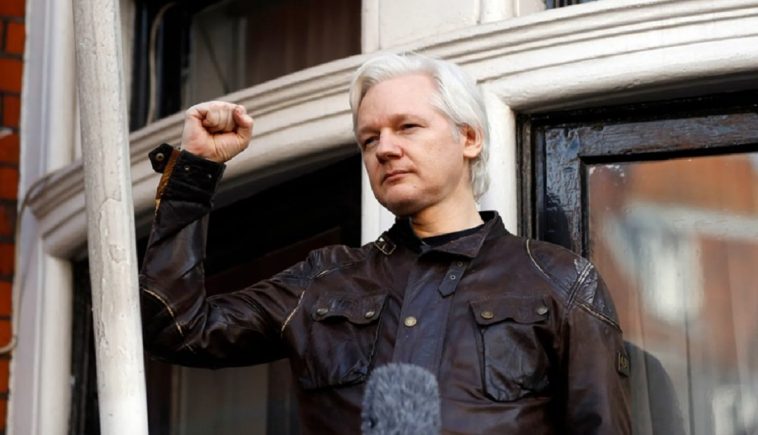 WikiLeaks publisher Julian Assange has been recovering from a stroke he suffered in London’s high-security Belmarsh prison, his wife revealed on Saturday..

The stroke began during a video appearance before the British High Court on Oct. 27, leaving Assange with memory problems, neurological damage and a drooping eye, Daily Mail reports.

BREAKING: Doctors confirm Julian Assange suffered a stroke on the morning of his latest hearing
Amnesty called this weeks ruling reversing a decision to refuse extradition a “travesty of Justice” #FreeAssangeNOW https://t.co/xRi7di719U

Attorney Stella Moris, Assange’s fiance, attributes his declining health to the prison’s decrepit conditions, where he is “short of fresh air and sunlight, an adequate diet and the stimulus he needs.”

The mounting stress amid his ongoing battle to fight extradition to a US prison is also taking a toll, Moris explained.

“Julian is struggling and I fear this mini-stroke could be the precursor to a more major attack. It compounds our fears about his ability to survive the longer this long legal battle goes on,” she told the Mail on Saturday. “It urgently needs to be resolved. Look at animals trapped in cages in a zoo. It cuts their life short. That’s what’s happening to Julian. The never-ending court cases are extremely stressful mentally.

“I believe this constant chess game, battle after battle, the extreme stress, is what caused Julian’s stroke on October 27,” she continued. “It must have been horrendous hearing a High Court appeal in which you can’t participate, which is discussing your mental health and your risk of suicide and in which the US is arguing you are making it all up. He had to sit through all this when he should have been excused. He was in a truly terrible state. His eyes were out of synch, his right eyelid would not close, his memory was blurry.”

On Friday, an appellate court in London overturned a lower court’s ruling and set the precedent for Assange to be extradited to the U.S. to face espionage charges after publishing thousands of classified military and government documents.

“A judge said Assange, 50, who is currently being held at London’s high-security Belmarsh Prison, could kill himself if held under harsh U.S. prison conditions,” Fox News reports.

The US government offered assurances about Assange’s potential imprisonment, prompting the High Court to overturn the lower court’s ruling. He has until Dec. 23 to appeal the judgment.

In 2019, Assange was forcibly removed from the Ecuadorian Embassy in London and sent to Belmarsh.

“It remains an outrage that someone who is not serving a prison sentence should be held in prison for years on end. Julian is not a threat to anyone and it is a complete disregard to his individual liberty and our right to a family life,” Moris said. “The US plays dirty every step of the way – it’s a war of attrition. We can see from the fact that he has suffered a mini-stroke this is having a dangerous impact on him.”