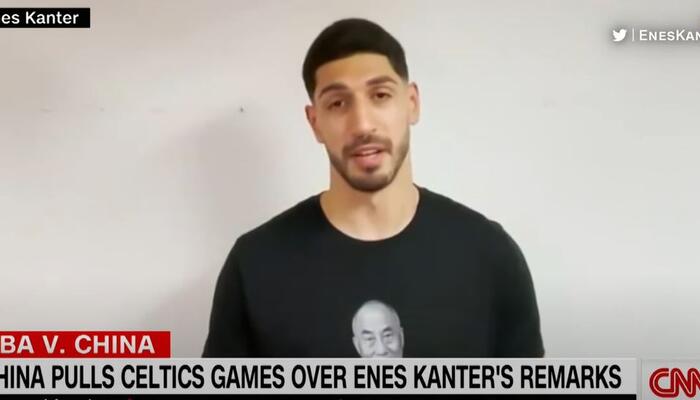 He’s only played in two NBA games this year, but Boston’s Enes Kanter is the most courageous player in the entire league. Since recently bashing communist China over its enslavement of Uyghur minorities, Kanter’s minutes per game have been slashed and the NBA has harassed him. Is that because the Chinese dictators he offended are calling the shots for the subservient NBA?

Kanter played in 72 games for Portland last year, averaging 24 minutes and 11.2 points per game. That’s a pretty major role. However, the Boston Celtics have only played him twice in their 11 games this season, for just five minutes total. He’s essentially an after-thought on the end of the bench, despite his $2.7 million salary.

It’s not hard to see what’s going on here. In a series of October tweets and videos, Kanter called Chinese leader XI Jinping a “brutal dictator” and criticized the communists for depriving Muslim minorities and Tibetans of their human rights.:

Kanter is also advocating for freedom for Hong Kong and Taiwan, from China. He created additional awareness for the appalling conditions in China and Tibet by posting several shoe designs with similar messaging. 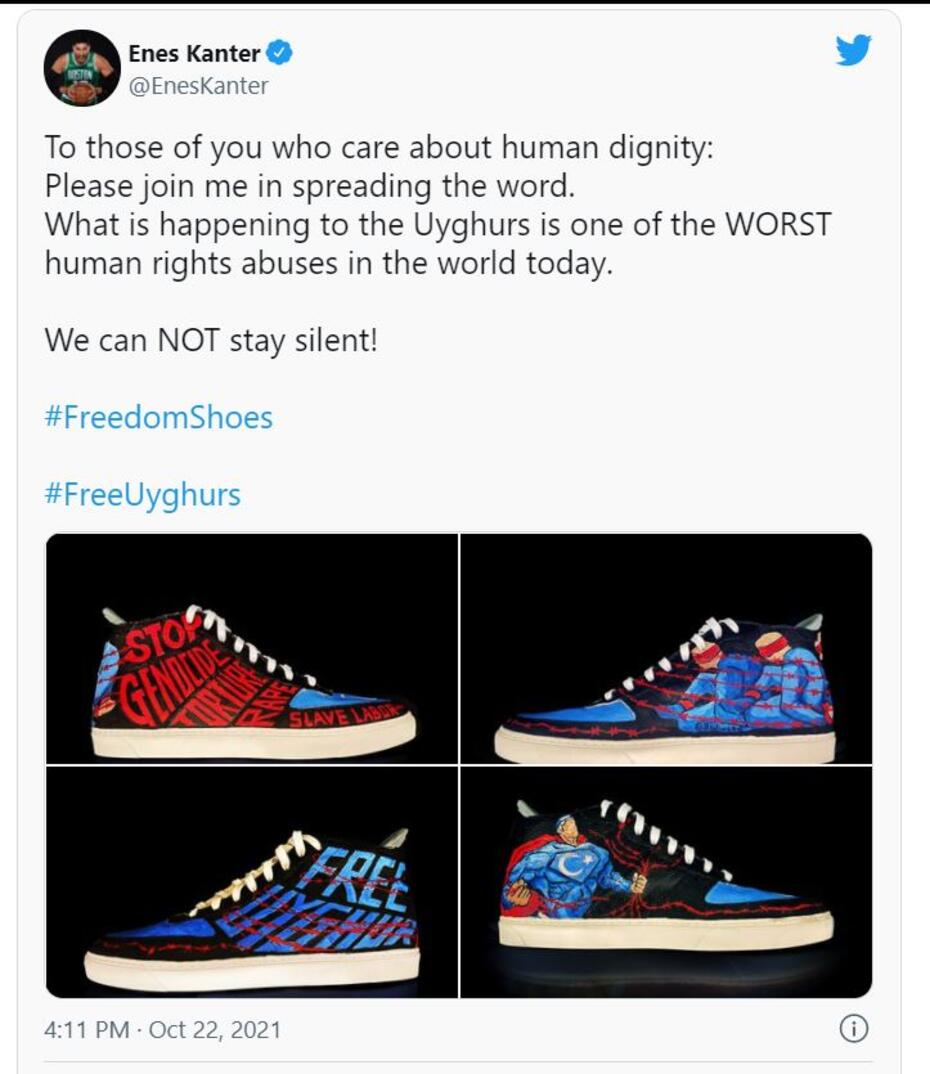 China quickly blacked out the broadcasts of Celtics games there. If the NBA protested this, it did so silently. The NBA’s official website wrote the league “had no immediate comment.”

Now it’s been revealed by Kanter that NBA officials admonished him for criticizing China, the league’s largest market. Evidently, when it comes to communists and their money, the NBA very abruptly loses its social justice voice.

Furthermore, Kanter revealed that China’s NBA puppets threatened to ban him from the league for wearing shoes condemning China and demanding freedom for Tibet.

No other NBA players are rushing to Kanter’s defense. LeBron James? Crickets chirping. He’s tight-lipped, protecting his golden China goose. Kanter invited James and Michael Jordan to go to China with him and tour the slave labor camps. Once more: crickets.

During an interview on CNN, Kanter said the NBA is attempting to “scare him into putting an end to his focus on the league’s multibillion-dollar business partner, China. Kanter says that league officials told him he could be banned for criticizing China and wearing anti-China shoes.” He asked Commissioner Adam Silver what NBA rules he was breaking, and the answer was zilch.

As the NBA, Commissioner Silver, James, et al, reap the scorn they deserve for kowtowing to China, Kanter remains a shining light of courage in the league guided by situational social justice. 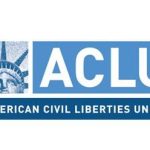 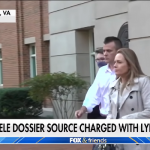