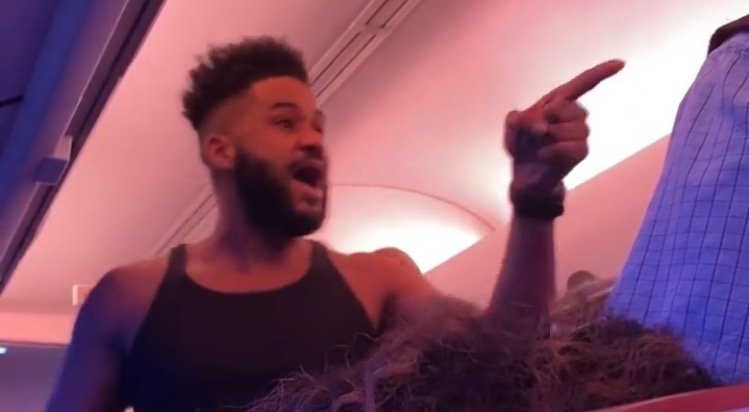 A Delta flight from DC to LAX was forced to make an emergency landing in Oklahoma Thursday night after a passenger screaming about BLM and being enslaved by the white man assaulted a flight attendant and an air marshal.

35-year-old Ariel Pennington of DC was restrained with zip ties on the flight and booked into the Oklahoma City Jail for disorderly conduct and public drunkenness, CBSLA reported.

According to the Oklahoma City Police Department, Delta flight No. 342 from Washington D.C. to L.A. International Airport was diverted to Will Rogers World Airport at around 5:40 p.m. Pacific time.

According to police, the flight’s captain said Pennington became combative and assaulted a flight attendant. When a federal air marshal tried to intervene, Pennington assaulted the marshal as well, police said.

The marshal eventually got Pennington into custody and the plane landed in Oklahoma City, where he was taken into custody.

The flight attendant and air marshal were not seriously hurt. It’s unclear what precipitated the assaults.

A woman aboard the flight sitting two seats behind the violent passenger posted video of the suspect being cuffed by the air marshal to Instagram.

“So… this just happened on our plane from D.C. to LAX two seats in front of me. He was yelling about BLM and being enslaved by the white man. We had to emergency land in Oklahoma so the federal police could come take him off. Our five hour flights turned into 8 hours. ” the passenger said in a caption of the video.⁣

In a separate video, the suspect is calling the air marshal a “bitch” and said any black woman could “beat his ass.”

“Delta applauds the quick action and professionalism of the crew and federal air marshals on Delta flight 342 from Washington, D.C. to Los Angeles, which diverted to Oklahoma City after a customer became unruly and was removed from the flight by local law enforcement,” Delta said in a statement. “We apologize to our customers for the inconvenience.”