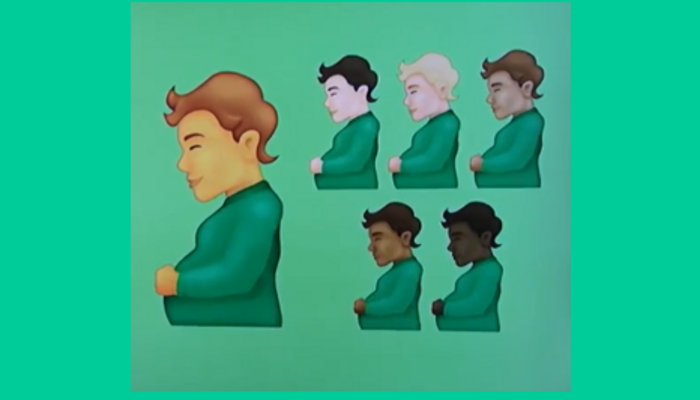 The emoji world is pregnant with ideas to bring unrealities to life. New “Pregnant Man” and “Pregnant Person” emojis are reportedly coming to Android 12L in an alleged effort to be more “inclusive.”

An emoji depicting a man holding his supposedly “pregnant” stomach has already been approved in Emoji 14.0 and Unicode 14.0, and it will soon be coming to Android 12L, Emojipedia tweeted. Emojipedia claimed that the “Pregnant Man” emoji is an effort “to make the emoji keyboard more consistent and gender inclusive.” There will also be a new generic “Pregnant Person” emoji.  Because nothing says “consistent” like biological impossibility. 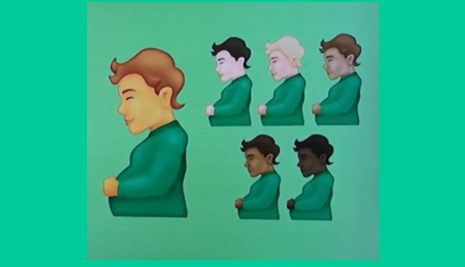 The announcement of the “Pregnant Man” emoji was heavily trolled on Twitter. “Germans with full load of beer emoji,” joked one quote tweet. Another tweet read, “Ah yes, pregnant king. just in season for Thanksgiving.” A third person posted, “Finally an emoji for me after drinking 1 pint at the city ground.” Others pointed out the biological impossibility of a “pregnant man.” “Hope they put this next to the unicorn emoji and other things that don’t exist,” commented one tweet sarcastically.

This is not the first time emojis have been used to push an LGBTQ or leftist, progressive agenda. Apple issued “gender-neutral emojis” in a 2019 update. In contrast, Google, Facebook and Microsoft announced in 2018 that they would be replacing the gun emoji with a water pistol. Apple, WhatsApp, Twitter, and Samsung had already fired their gun emojis from their platforms. Interesting that the biological impossibility of a “Pregnant Man” is so important to have, while a gun, which is real, cannot be allowed. The usual fantasy and insanity of the radical left.