The Walt Disney Co. is resisting left-wing pressure to condemn the Florida bill that would restrict the teaching of sexuality and transgenderism to students in kindergarten through third grade.

As one of the biggest private employers in Florida, Disney has become a target of activist groups and the mainstream news media who want the company to speak out against the legislation, which Democrats have deceptively called the “Don’t Say Gay” bill.

But in responding to the pressure campaign this week, Disney didn’t address the bill at all, stating instead that it remains committed to creating a welcoming brand.

“We understand how important this issue is to our LGBTQ+ employees and many others,” the company said in a statement sent to multiple news outlets. “For nearly a century, Disney has been a unifying force that brings people together. We are determined that it remains a place where everyone is treated with dignity and respect.”

“The biggest impact we can have in creating a more inclusive world is through the inspiring content we produce, the welcoming culture we create here and the diverse community organizations we support, including those representing the LGBTQ+ community.”

Disney’s decision to avoid commenting on the bill sheds light on the differing leadership styles of current CEO Bob Chapek and his predecessor, Bob Iger, who is staunchly leftist and has publicly condemned the bill.

“Whatever Bob [Chapek]’s personal politics are, he’s not an activist and does not bring any partisan agenda to work,” Disney spokesman Geoff Morrell told the site WDW News Today, which covers Disney theme parks.

“He sees himself first and foremost as the custodian of a unifying brand that for nearly a century has been bringing people together, and he is determined that Disney remain a place where everyone is treated with dignity and respect.”

I’m with the President on this! If passed, this bill will put vulnerable, young LGBTQ people in jeopardy. https://t.co/fJZBzre4yM 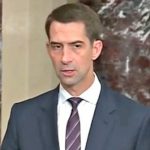 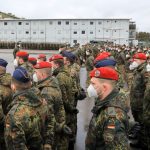