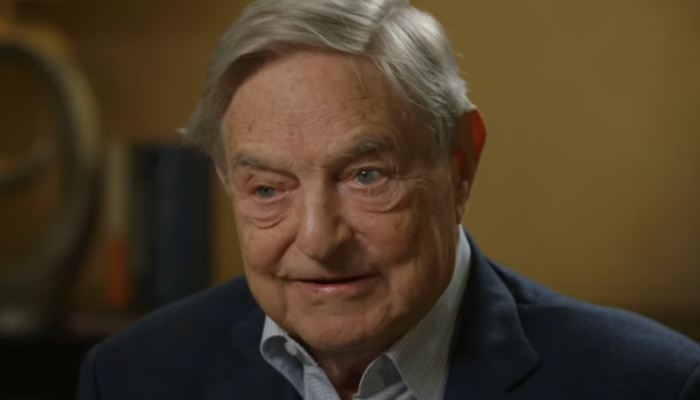 An international network of so-called “fact-checking” organizations funded by massive liberal organizations called on YouTube to censor more content the network disagrees with. 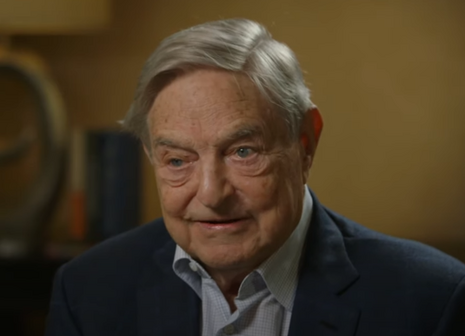 The leftist International Fact-Checking Network (IFCN), a project of the Poynter Institute, published an open letter whining that YouTube “is allowing its platform to be weaponized by unscrupulous actors to manipulate and exploit others, and to organize and fundraise themselves.” In the IFCN’s draconian view, “Current measures are proving insufficient.”

IFCN exploited the COVID-19 pandemic to decry how “destructive disinformation and misinformation can be for social harmony, democracy, and public health; too many lives and livelihoods have been ruined, and far too many people have lost loved ones to disinformation.”

Poynter is the same organization that tried to blacklist 29 conservative outlets in 2019 as “UnNews.”

MRC Free Speech America identified at least 11 major left-wing organizations that fund Poynter Institute to the tune of at least $15,755,197 between 2007 and 2020, according to Foundation Directory Online data.

The liberal John S. and James L. Knight Foundation — notorious for funding overtly left-wing journalism operations — gave the lion’s share of the funding to Poynter: $7,205,200 at least. Nikole Hannah-Jones — the leftist behind the revisionist 1619 Project — serves as Knight’s Chair in Race and Journalism. The Ford Foundation, which reportedly “funded organizations closely associated with violent [left-wing] activists,” gave $2,600,000 to Poynter.

IFCN even received $1 million in 2020 from censorship giant Facebook. The platform announced a partnership with independent third-party fact-checkers that were members of IFCN, as well as IFCN itself. Soros’ Open Society Foundations records suggest that some of his contributions between 2017 and 2019 went specifically to funding Poynter’s IFCN. The Omidyar Network has also funded IFCN specifically in recent years. 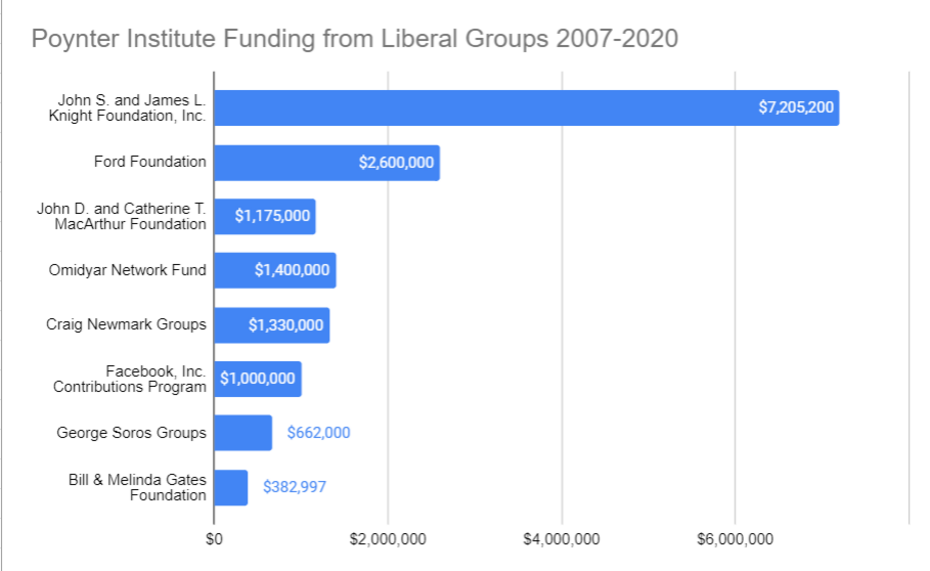 But IFCN, behaving like an Orwellian Ministry of Truth, pontificated in its letter that YouTube should “make sure it does not actively promote disinformation to its users or recommend content coming from unreliable channels.” So, a liberal organization financed by left-wing billionaires is trying to tell readers what sources are reliable and which ones aren’t.

IFCN offered four recommendations for how YouTube can beef up its already bloated censorship operation:

George Orwell turns over violently in his grave.

Conservatives are under attack. Contact YouTube here and demand that Big Tech be held to account to mirror the First Amendment while providing equal footing for conservatives. If you have been censored, contact us using CensorTrack’s contact form, and help us hold Big Tech accountable.