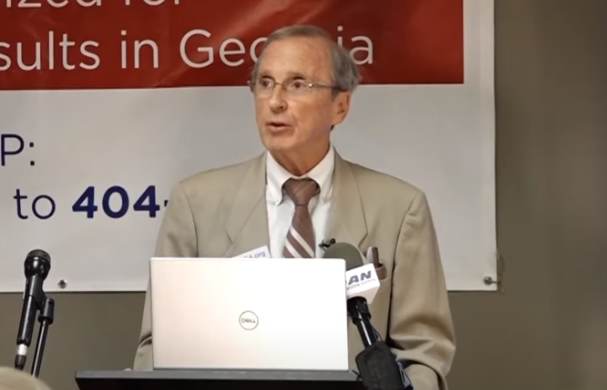 In August VoterGA and co-founder Garland Favorito announced they were joining with State House Representative Philip Singleton in a legal petition against the State of Georgia to ban Georgia’s Dominion Democracy Suite 5.5 voting system.

The voting system has already been declared in violation of Georgia law by the U.S. District Court of Northern Georgia [Pg. 81-82].

Georgia law requires a voting system to “print an elector verifiable paper ballot;” and “… produce paper ballots which are marked with the elector’s choices in a format readable by the elector.”

** Here is video of the announcement.

Today at 11 AM Eastern Garland Favorito and VoterGA will present their case in Georgia Court.

What:            A remote motion hearing has been set for the complaint filed by VoterGA and Rep. Philip Singleton against the State of Georgia to ban the Dominion Democracy Suite 5.5 voting system

Why:             The state will attempt to have the case dismissed although the U.S. District Court already ruled the voting system does not comply with Georgia laws

Who:             VoterGA is a non-partisan, 501(c)3 registered non-profit organization created by a coalition of citizens working to restore election integrity in Georgia. We advocate for independently verifiable, auditable, recount capable and transparent elections.

Here is livefeed from the virtual hearing starting at 11 AM Eastern.