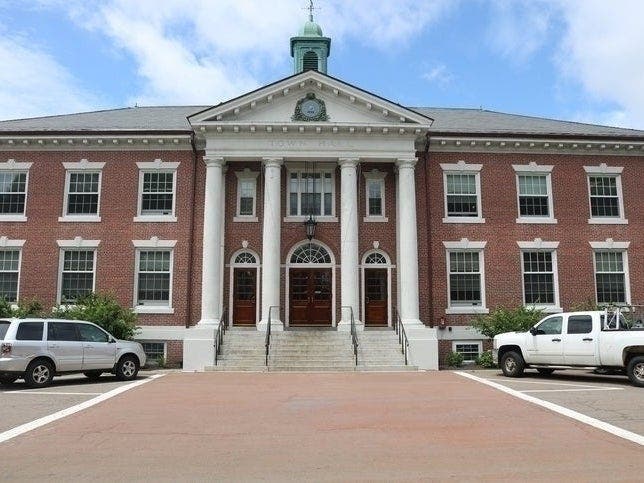 A Massachusetts teacher who was forced to resign after photos of him at the Capitol on January 6 were shared online has won a seat on the district’s school board.

The former Braintree High School teacher Matthew Lynch, 35, was visited by the FBI during his campaign.

Lynch resigned in February after working at the school for approximately ten years.

This teacher was forced to resign a few months ago after photos of him at Jan 6th surfaced, and tonight he just won a seat on the school board!
That’s a comeback! 🔥🔥 pic.twitter.com/QCITLTElEf

“Lynch accused those who shared the picture and FBI information of ‘slandering me as a domestic terrorist.’ He called the group a ‘digital Lynch mob’ who ‘decided they would take justice into their own hands,’” Patch reports. “Lynch said the FBI visits stemmed from tips called in after the FBI phone number was shared in community Facebook groups.”

In his resignation letter to the school, Lynch wrote about how his military experience has left him very concerned about the direction of our nation.

“My military experience as an Intelligence Analyst has given me unique perspective on what is currently going on in both our country and our town and I fear we are heading on a real collision course,” Lynch continued in the letter. “I feel I need to make my voice heard in the town of Braintree but in doing so will have unintended side effects which will be completely unfair to my students.”

The former teacher explained to the outlet that he believes in Braintree schools and believes that they are “worth fighting for.”

“There is a revolution in education going on right now. More and more kids will be leaving public schools for private, Catholic or homeschooling, which will have a negative effect on Braintree’s schools. I love Braintree Schools and I believe they are worth fighting for, so we have to show parents why Braintree Schools is the place for their children.”

Lynch told the Patriot Ledger that he is looking forward to “getting decision-making back with parents and away from the state” when it comes to schools.