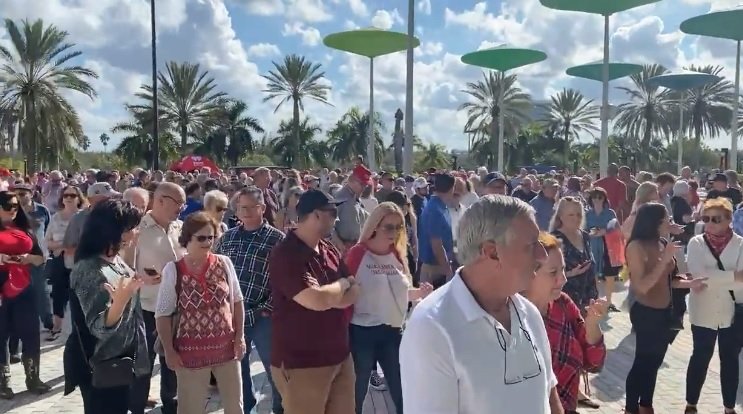 Big Mainstream Media is at it again.  They can’t help but mislead and lie when it comes to President Trump.

On Saturday President Trump and Bill O’Reilly held an event in Sunrise, Florida.  The History tour was a great success.  But you wouldn’t know it from the Mainstream ‘fake news’ media.

But this messaging again was distorted by the media.  There was a huge crowd at the event as was reported on various Twitter users at the event.

Here is the crowd waiting to enter the event on Saturday in Sunrise, Florida. Looks like thousands just in this video.

Here is the crowd waiting to get into the Orlando event yesterday – also a massive crowd.

Fake News Yahoo says Trump-O’Reilly having a hard time selling tickets. Look like it to you?#Trump2024https://t.co/6YuwHvlwiO

What the media will never report is the size of Biden events in the 2020 Presidential race.  In the two months leading up to the 2020 Election, Joe Biden couldn’t get more than 2,000 people at all his events.  At the same time, President Trump had 1.1 million at his events.

This lying media won’t report the real truth when it comes to Joe Biden and President Trump’s rallies in the lead-up to 2020 Election.