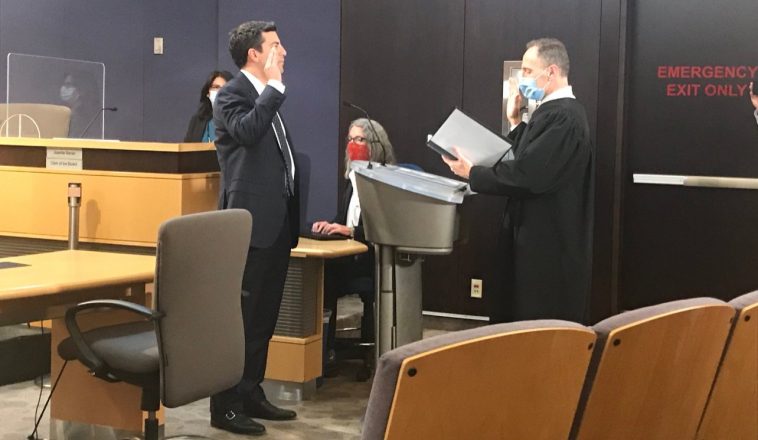 The Maricopa County Board of Supervisors appointed a new member to replace the disgraced Steve Chucri who resigned after TGP made his fight with his colleagues public.

“I am persona non grata right now with my colleagues. I was passed over; I was supposed to be vice-chairman. They chose Mr. Gates because of my opposition to this.”, said Steve Chucri in reference to his favoring an audit of Maricopa County.

EXCLUSIVE: Former Maricopa County Recorder Steve Chucri Full January Phone Call With We The People AZ Alliance: “I Think It Was DONE Through Dead People Voting; I Think It Was Multifaceted” (AUDIO)

Chucri wanted a real audit but his colleagues were “scared”.

As a result, he was left powerless and he resigned his chair on November 5th. He refused to come clean, likely because he plans to run for Governor one day and he doesn’t want to lose any allies.

Today, Thomas Galvin, an anti-Trump, anti-election integrity RINO, who is unelected by the people was sworn into Chucri’s former seat. Thomas Galvin clearly thinks we have no right to be upset about a stolen election and he sympathizes with our weak “leaders”.

Maricopa County patriots know that this is bad, real bad for elections.

You need to get serious about dissolving the @maricopacounty BOS, @AZSenateGOP

This is bad, real bad.

Arizona GOP Chairwoman Kelli Ward agrees that Galvin is a RINO and that the Arizona Senate needs to dissolve the Board of Supervisors, which controls roughly 60% of the state.

Maricopa County’s newest supervisor ThomasGalvin, appointed this morning, answering the most pressing question prior to his swearing in this afternoon. pic.twitter.com/SbddoZC264

Maricopa County officials only care about protecting themselves.

It has been 75 days and he has done nothing about these criminal violations.