CNN’s Don Lemon is facing a very credible accusation of sexual assault that occurred in a New York bar a few years ago.

The alleged victim was recently interviewed by Megyn Kelly and provided some of the nasty details in the case.

Lemon has apparently tried to settle out of court but the victim has turned him down.

Dustin Hice sued Lemon in 2019, saying the host assaulted him in a bar in the Hamptons, New York , a year earlier. Hice claimed Lemon put his hand down his own pants, touched himself, and then shoved his hand in Hice’s face.

“Anybody that acts like that in public without any fear of what it might do to somebody or the consequences it might have, that’s a pattern,” Hice told Megyn Kelly on Monday.

Lemon has denied the accusation.

“I wouldn’t be surprised,” Hice said. “He’s protected by the fact that he’s African American, [a] gay man on television, and I’m just some nobody.”

Hice’s lawsuit detailed an encounter in 2018 at a bar in Sag Harbor.

Watch below but be forewarned, the details are graphic. And gross.

When this goes to trial, and it could, it might get very embarrassing for Don Lemon and CNN. 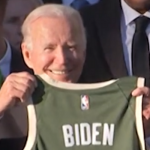 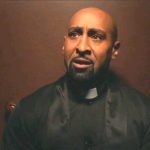