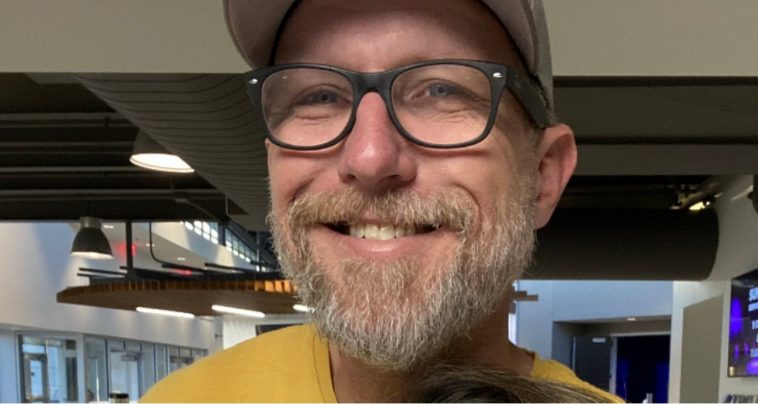 William Chrestman was charged with conspiracy, obstruction of an official proceeding, and other charges following his alleged involvement in the U.S. Capitol protest on Jan. 6, 2021.

On February 11th Billy was taken from his home in an FBI raid.  He has been held without bail since that time.  His treatment has been horrendous and he has tolerated very dangerous conditions.

Chrestman filed a motion requesting his release due to his ongoing medical issues.

He did not receive the appropriate regimen of medications during his period of incarceration.

The American people have allowed this criminal conduct by those in charge for months now. Mr. Chrestman also argued that there’s a lack of evidence he was part of the conspiracy.

Chrestman has no prior criminal history before the rally on January 6, arguing that he doesn’t pose a flight risk.

Chrestman is an Army veteran that served as a combat medic for 4 years and comes from a family of veterans. Billy is the definition of a patriot. He had a 15-year long career as a Union sheet metal worker, he was laid off due to covid and then doxed by members of Antifa, resulting in being blacklisted from the Union, as stated on his GiveSendGo campaign.

More from his GiveSendGo fundraiser:

Since Billy has been incarcerated he has lost his house, his career, and his family is now separated by 2 states. His family is his biggest priority in his life. He is an amazing father and his family misses him so much and needs him home. He literally has nothing left. He has lost a lot of weight due to not getting enough food, commissary costs, and the awful condition of food in the prison. Your donations would help with legal fees, commissary money, phone card expenses, and help with bills that his family is having a hard time with. The condition these patriots are enduring is inhumane and they need your help.
Please keep him and his family in your prayers.

Chrestman shared to The Gateway Pundit his testimony about the torture he has experienced:

I am a nonviolent January 6 detainee. I was arrested in a pre-dawn raid of my home on February 11th by the FBI. My wife and I were shaken from our bed at approximately 5 am. The sounds of flashbang grenades and bullhorns outside our bedroom window were deafening. There were lights and militarized officers everywhere outside our house as well as a large armored personnel carrier sitting on my front lawn facing my front door. The FBI told us to come outside. We walked out the door with our hands up. My wife in her robe and myself in a T-shirt and Levis. It was so damn cold on that February morning. Dozens of SWAT officers pointing rifles and automatic weapons at us. When I asked what my charges were a short grumpy SWAT officer waddled up and screamed at me, “Do I look like I give a f*** what your charges are?!”

I was not permitted to kiss my wife goodbye. They threw me into a squad car and drove me to the Johnson County Sheriffs’ office and locked me into a small room. I had told the officers I wanted my attorney and had nothing to say. The officer who brought me to the county jail waited about 45 minutes, then brought me my cell phone in a paper bag. He held a piece of paper claiming he had a court document giving him access to my fingers for biometrics. I stated that I do not consent. He told me I would be getting another charge if I didn’t comply. He then refused to show me the paper and began hiding the screen from me while he took each of my fingers and rolled them on my phone. I never set up biometric locks or security on my phone, only passwords. So I have no idea what this was about, only theories.

Shortly after I was again put in a car and moved to Wyandotte County Jail I was booked. The next day, I was transferred to a prison in Leavenworth, Kansas. I was immediately thrown into the “hole” or solitary confinement. It was so damn cold, lonely, and depressing. The other inmates incarcerated in neighboring cells were mostly gang members and cartel soldiers. The yelling and screaming in the hole went on all day and all night. LOUD! I got out of my cell 3 times a week to shower for 15 minutes. In the 9 1/2 weeks I was in Leavenworth I got to step into a cage to watch TV twice for 30 minutes and twice to an outdoor cage to walk circles in an 8×10 area. It was so damn cold in that cell too. I wasn’t allowed to make a phone call to my wife or kids for the first 3 weeks.

I was then moved to Grady County Jail in Oklahoma. The flight on “Con Air” was horrible. Cuffed with a “black box” so I could not move my wrists. I was also shackled at the waist and ankles. We were loaded into an airplane that literally had duct tape over bullet holes on the wings. The plane had come from Iraq and Afghanistan, then to the US Marshals Service. Packed like sardines, we flew to Oklahoma.

Once at Grady County we were again packed like cattle into a small pod that served as a holding area. About 4 hours later we were transferred to a different pod. These pods are dingy, dark, and packed well beyond capacity with rows of three-man bunk beds lining the perimeter walls as well as the shower area. On the wall, a sign read, “Max Capacity 18”. There were 34 of us in there. No room to move. But the “good thing” about Grady County was that there was a payphone so I could call my family. They also had a video phone in a kiosk so I could finally see my wife’s face and my children’s smiles.

I stayed at Grady County for about a week. The food was really bad. It was depressing but at least I could talk to my family and I could interact with other inmates. You play a lot of cards in jail. When it came time to finally move to Washington DC I met about 12 other Jan 6 political prisoners that had been housed in a different pod. Why I was the only one in a different pod is beyond me, but I have an idea it may have been intentional.

Once again movement to DC was the same as it was from Kansas to Oklahoma. Ankle and wrists cuffed, and a chain to each, and wrapped around my waist. They call it a “three-piece suit”. Again, I was one of the ” lucky” few that got a black box around the chain between my wrists.

We landed at an airfield in Pennsylvania and were transferred by Marshals vans to DC. We were booked at 1 am. Fingerprints, biometrics, retinal scan, the whole nine yards. We were finally moved to a new pod for quarantine. There were still about 12 other inmates that night. Then we lived 23 hours a day in our cells and 1 hour out to take a shower, order commissary, make a phone call, and heat food in the microwave. The guards hated us. We were called crackers, white trash, etc. Long cold days and nights in a solitary cell. They use Covid as a weapon to deny us everything. No visitation from family, no barber services, no religious services, and no legal visits in person just to name a few.

After 2 weeks we walked next door from the C2A pod to the C2B pod with the other Patriots. There were about 30 of us then. We remained on the 23/1 schedule till July. The rest of the DC jail has video visits to see their families, but to this day we still have not gotten video visitation. We also still don’t have barber services or religious services. Nine months so far in jail and we all look like Iranian hostages. Men have been beaten within an inch of their lives by correctional officers here for little to no reason at all. The guards say we are Nazis and evil because of the media lies. After 9 months some of them now say that the Jan 6ers are good men. They even patted us on the back for shining a light on how the DC administration runs this jail like a gulag.

Being in jail is very expensive. The food here is inedible. We must purchase food from the commissary to survive. Add that to phone calls home and money to send emails and it becomes quite a lot. With our families down a paycheck, it is a small fortune. Our financial struggle is nothing compared to the struggle our families are going through. Without us men at home, our families are in trouble. I have lost my house, my kids are having a hard time, and my wife is in a bad spot. All because the government will not give me a bond even though I am not accused of any violence at the Capitol on January 6th. My life is falling apart and I’m living under inhumane conditions because I am passionate about my country. We are patriots and we are being mistreated. May God have mercy on us all and may God bless America.

And God save this country from these abusive demons raging against innocent men behind closed doors.