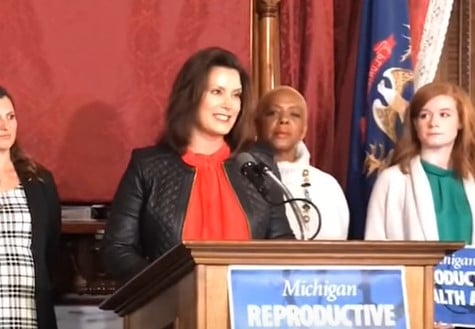 Michigan Democrats lectured parents on Facebook this past weekend. The Democrat Party told parents they are not ‘clients’ of public schools and that public education teaches kids what society ‘needs them to know.’ A Facebook post on Saturday shared by the state’s Democrats on their official page attacked the idea that parents should be involved in what public school teaches their children.

The Democrats took the post down on Monday — not because they don’t believe the post but because it gives away their true agenda.

A Saturday post made by the Michigan Democrats on their official Facebook page criticized the parents who want to play a role in what public education teaches their children. The post was deleted Monday morning after intense criticism.

“Not sure where this ‘parents-should-control-what-is-taught-in-schools-because-they-are-our-kids’ is originating, but parents do have the option to send their kids to a hand-selected private school at their own expense if this is what they desire,” the post read.

“The purpose of public education in public schools is not to teach kids only what parents want them to be taught,” the Michigan Democratic Party’s post continued. “It is to teach them what society needs them to know. The client of the public school is not the parent, but the entire community, the public.”

The Michigan Democratic Party later deleted that post and issued a quasi-apology.

“We have deleted a post that ignored the important role parents play—and should play—in Michigan public schools. Parents need to have a say in their children’s education, end of story,” a subsequent post on Monday stated. “The post does not reflect the views of Michigan Democrats and should not be misinterpreted as a statement of support from our elected officials or candidates.”

The state’s Republicans were sharply critical of the Democrats’ original post.