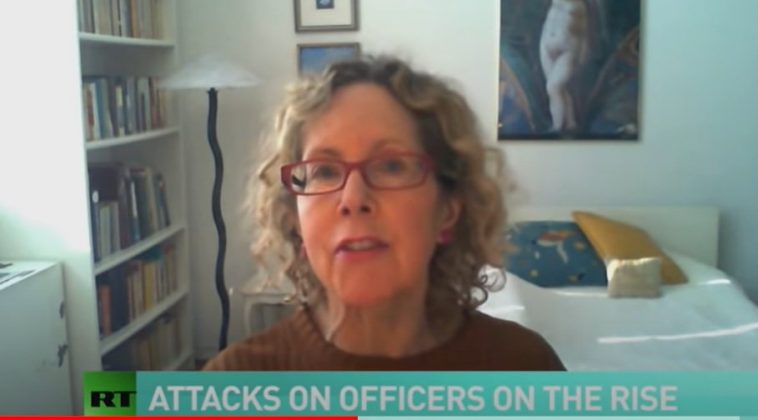 More officers have been shot and killed this year than any year on record.

The number of police shot and killed in the line of duty has reached a new high, according to statistics from the Fraternal Order of Police (FOP).

“[A]s of midnight on 30 November, there have been 314 officers shot in the line of duty this year. Of those officers shot, 58 of them were killed by gunfire,” the FOP stated in a presentation on monthly statistics of shootings of police.

Steve Malzberg covered this topic over the weekend on his ‘Eat the Press’ Show at RT America.  Malzberg interviewed Manhattan Institute Fellow and New York Times Best-selling author, Heather MacDonald, an expert on the subject.

At the 3:05 mark in the video below, MacDonald says criminals have gotten the message, in this post-George Floyd era, that there are no consequences for the most appalling, savage behavior.  Also she says the narrative that blacks are under threat from cops in America, is “completely false.”  She added:

The left believes that crime is a racist fiction, a creation of the deranged Trumpian imagination…..The reason law enforcement is being told to back off on making arrests, the reason there is low or no bail, is because every law enforcement practice has a disparate effect on blacks. That’s not because law enforcement is racist.

MacDonald reacts to Jen Psaki saying the root cause of the looting we have been seeing is related to the pandemic. “That’s insane, completely wrong.”

See more in this excellent interview below: