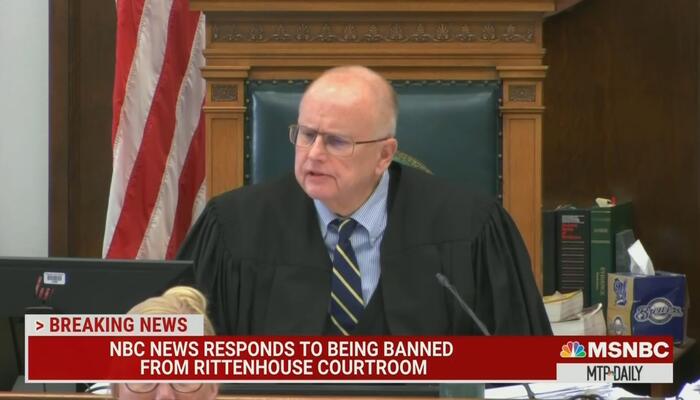 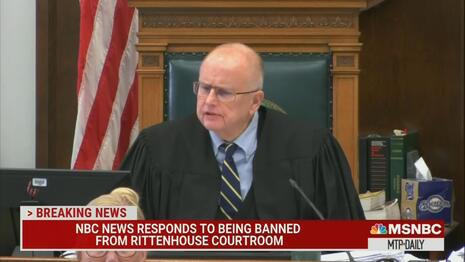 In Kenosha, Kyle Rittenhouse has now been found not guilty on all counts.

Not content with setting a wildly error-filled left-wing narrative that Rittenhouse is a white supremacist, a racist, a vigilante – yada yada yada as Jerry Seinfeld use to say – MSNBC took things a step further.

This week, before the verdict was in and jurors were in the process of deliberating, America learned directly from the trial’s Judge Bruce Schroeder, as reported by Fox News, that he was banning anyone connected to the far-left network from entering the court house building where the trial was being conducted.

Why?  Fox News reported it this way:

One can only imagine the laughter at Fox as the network reported this of its left-wing rival that, along with CNN, is routinely trounced in the ratings.

In a brief statement before the court Thursday, Judge Bruce Schroeder addressed an incident in which a person who identified himself as an employee for MSNBC allegedly followed a sealed bus with blocked out windows as it left the courthouse to transport jurors to an undisclosed location.

‘I have instructed that no one from MSNBC news will be permitted in this building for the duration of this trial,’ Schroeder said. ‘This is a very serious matter and I don’t know what the ultimate truth of it is, but absolutely it would go without much thinking that someone who is following the jury bus – that is an extremely serious matter and will be referred to the proper authorities for further action.’

The man spotted following the bus identified himself as James J. Morrison – and he told investigators he was instructed to follow the vehicle, Schroeder added. The judge said Morrison claimed to be working under the supervision of an MSNBC producer based in New York.

MSNBC was quick to respond, issuing a statement to Fox that said:

Last night, a freelancer received a traffic citation. While the traffic violation took place near the jury van, the freelancer never contacted or intended to contact the jurors during deliberations, and never photographed or intended to photograph them. We regret the incident and will fully cooperate with the authorities on any investigation.

Notice anything in that MSNBC statement? The statement is a jewel of what is called in the trade the “non-denial denial.”

Mark well that the MSNBC freelancer Morrison “told investigators he was instructed to follow the vehicle” and “claimed to be working under the supervision of an MSNBC producer based in New York.”

The MSNBC statement, pretending to contriteness, says only that “the freelancer never contacted or intended to contact the jurors during deliberations, and never photographed or intended to photograph them.” The statement is absolutely stonewalled silent on Morrison’s claim that he was “instructed to follow the vehicle” because he was “working under the supervision of an MSNBC producer based in New York.”

In other words, MSNBC is effectively admitting that Morrison was correct – he was indeed instructed by an MSNBC boss to follow the juror’s bus.

But why? One imagines Judge Schroeder and the Kenosha police will find out the reason and that word of that reason will eventually be revealed to the public.

Need it be said that Kenosha is a tinder box. The Governor of Wisconsin has ordered 500 National Guardsmen into the city in anticipation of Kyle Rittenhouse being found not guilty – which has now happened.

But why is that?

The reason Kenosha is in such a fragile state is precisely because MSNBC – and other liberal media outlets, not to mention President Joe Biden- had already tried and convicted young Rittenhouse long before the first fall of the Judge’s gavel. Kyle Rittenhouse, in the words of Lewis Carroll’s classic Alice’s Adventures in Wonderland, has from the get-go in this saga been treated by the media thusly:

“Let the jury consider their verdict,” the King said, for about the twentieth time that day.

“No, no!” said the Queen. “Sentence first—verdict afterwards.”

“Stuff and nonsense!” said Alice loudly. “The idea of having the sentence first!”

Stuff and nonsense is indeed the description of MSNBC’s coverage of Rittenhouse.

But the result of this media lynch mob – and MSNBC is the very epitome of this – was to create yet another liberal narrative that fill-in-the-blank – Kyle Rittenhouse in this instance – is a racist/white supremacist/vigilante etc etc etc.

Then, with  one legal analyst after another examining the evidence produced in the trial,  serious doubt was beginning to be cast on this liberal narrative. Doubt that was vindicated when the “not guilty on all counts” verdict was in. As discussed in this space last week, the liberal media narrative about what Rittenhouse is and what he did isn’t the only liberal media narrative to blow up.

Others include the narrative of Covington, Kentucky high schooler Nicholas Sandmann and the utterly false allegations around his conduct at a March to Life rally, not to mention the Trump-Russia collusion fantasy.  Notably, in Sandmann’s case he is becoming a very rich young man after settling lawsuits with CNN and The Washington Post. And oh yes – he sued NBC/MSNBC for $275 million for defamation. And – this is almost too rich – Sandmann himself has now come out in staunch support of Rittenhouse and is advising him to do exactly what he, Sandmann did. Which is to say, sue MSNBC and others in the liberal media for millions.

You would think MSNBC would have learned its lesson by now.

But, obviously not. The reason MSNBC has helped create the Kenosha tinder box is that it is not about just-the-facts journalism. The network is about the typical liberal media arrogance of power. Which is exactly the mindset behind this latest stunt of having an MSNBC employee – under direct instruction from an MSNBC staffer in New York – effectively spy on the Rittenhouse jurors. Running a surveillance operation and assuming they wouldn’t get caught.

Suffice to say, Judge Schroeder is not a happy man. One has not the slightest doubt that MSNBC is going to be held responsible for this stunt by the Judge and the Kenosha police.

And they should be. 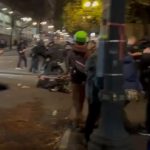 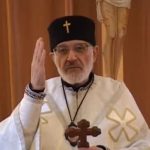