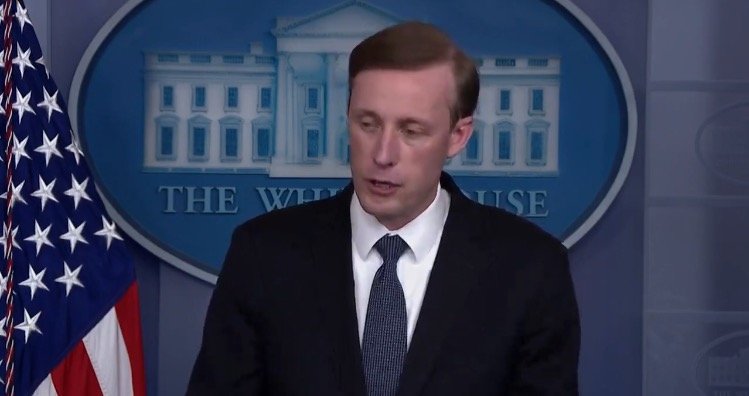 Joe Biden and Russian President Vladimir Putin on Tuesday held a virtual meeting to discuss the mounting threat of the Russian invasion of Ukraine.

According to reports, the Kremlin is planning a “multi-front offensive” against Ukraine with ground troops.

Joe Biden and his Democrat allies received money from a top Russia lobbyist in 2020 before waiving sanctions on the Nord Stream 2 pipeline.

The Nord Stream 2 pipeline would allow Russia to bypass Ukraine and Poland and deliver gas to Germany.

This expands Vladimir Putin’s political power and influence in the region and now the Kremlin is threatening to invade Ukraine.

Sullivan laughably claimed Biden “looked Putin in the eye” and put him on notice.

“What are the strong economic measures? And how are they different from the ones you put on Russia in 2014 which didn’t deter Russia from taking Crimea – what are they and why do you think they’ll work better this time?” a reporter asked Jake Sullivan.

“I will look you in the eye and tell you as President Biden looked President Putin in the eye and told him today, that things we did not do in 2014—we are prepared to do now,” Sullivan told reporters without offering specifics.

“I will look you in the eye and tell you as Pres. Biden looked Pres. Putin in the eye and told him today, that things we did not do in 2014—we are prepared to do now,” national security adviser Sullivan says of potential economic measures against Russia. https://t.co/vOHWjbfT3M pic.twitter.com/pD8DLppzHQ