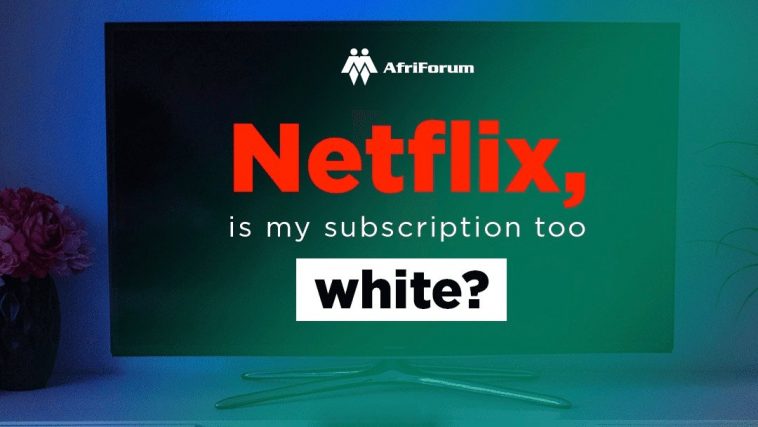 For the first time since the end of White minority rule in 1994, the notoriously corrupt and inefficient African National Congress (ANC) party scored under 50% of the vote in local government elections, earning 45.6% of the vote natiowide, a crushing blow for the party of convicted terrorist Nelson Mandela, which will have to form coalitions with other parties in many regions now. In another echo of the US Virginia election, the leftist defeat is considered dire news for President Cyril Ramaphosa and the 2024 elections.

At the same time, Netflix South Africa launched a $400,000 post-graduate scholarship for film or TV students, under the condition that applicants must be Black, Indian or Coloured.  White students will be rejected outright based solely on the colour of their skin, regardless of their financial background, complains civil rights group AfriForum, which launched a petition against Netflix’s racist policy.

“Blatant discrimination of this nature is unacceptable. With this scholarship, an ambitious white student that wants to apply will be immediately rejected based solely on the colour of their skin, regardless of their financial background. To demonstrate how cruelly discriminatory this scholarship is, its criteria favours the black child of a rich politician or billionaire over a white child of an impoverished household,” said AfriForum’s Ernst van Zyl.

Meanwhile, the campaign of often military-style farm murders, which dates back to ANC’s terrorist days, continues.

At 3 a.m. on Thursday morning, 4 Nov. 2021, seven attackers, of which at least four were armed, invaded a farmhouse in Bronkhorstspruit, in Gauteng province. After cutting the burglar bars with a bolt cutter, the attackers assaulted and tortured the elderly farm woman with a blow torch they had brought with them. Farmworkers were also attacked and tied up in their homes, according to South Africa Today. The woman was admitted to the hospital for medical attention.

On Tuesday morning at 1 a.m., Robert Stander, a member of the Muldersdrift Community Police Forum (CPF) in Gauteng, was shot dead on his farm for two cell phones and a laptop, in what South Africa Today calls “an assassination hit by a black farm attack gang”:

“After hearing voices outside Stander got up to see what is happening. When Stander got into the kitchen he saw three black men pointing guns at him through the safety gate.

He opened the door for them out of fear, in other words he surrendered, believing that if he did so, the lives of his fiancée and himself would be spared.

When the attackers entered the kitchen they first shot the couple’s Pitbull dog and then fired a hail of bullets at Stander who did not try to resist. Stander was hit in his stomach and chest.

The attackers fled with an old TV, broken laptop and 2 cellphones.”

AfriForum: When is Civil Disobedience the Solution?

Centre of Risk Analysis: The Future of South African Politics