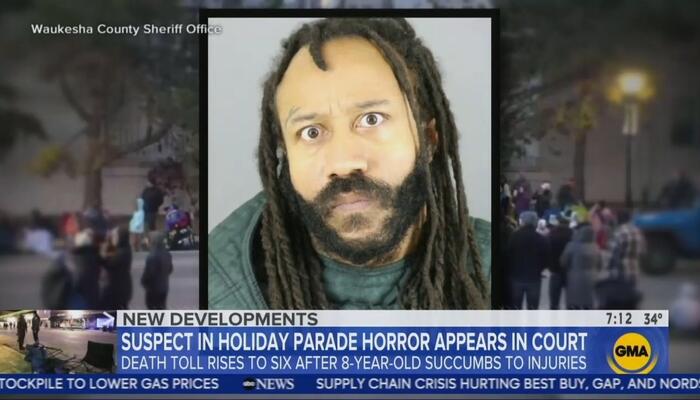 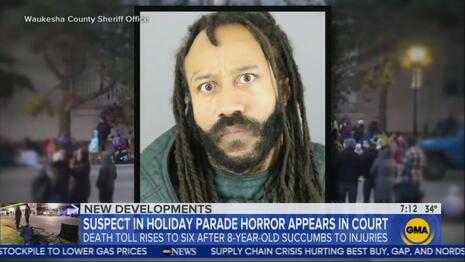 It has now been 22 days since a bigoted, anti-Semitic criminal drove his SUV into a Wisconsin, parade, murdering six. Yet, not long after the Waukesha slaughter, the networks stopped mentioning the name of alleged killer Darrell Brooks. By December 7, ABC, CBS, and NBC had completely abandoned the story altogether.

Brooks shared online memes stating that “Hitler was right.” He also hates white people, threatening, “we start bakk knokkin white people TF out. [sic]” Did the networks investigate this? No. All three networks last mentioned Brooks by name on November 24.

For ABC, it was on that day’s Good Morning America. For CBS, it was CBS Mornings and for NBC, the final mention came on the Nightly News. At that time, his seething hatred for Jews was well known, but the networks avoided the bigotry.

Instead, journalists like CBS Mornings co-host Tony Dokoupil allowed only the barest of details on November 24: “The alleged driver, 39-year-old Darrell Brooks, appeared in court yesterday as well.” Alex Perez promised “details on the suspect accused of plowing his SUV through crowds at a Christmas parade.” He added, “Darrell Brooks shackled in court Tuesday.” But Perez didn’t provide any facts about what might have been the motivation.

Here are the last mentions of Brooks:

From that date, November 24, 2021, the networks simply dropped the name of Darrell Brooks.

CBS dropped the Waukesha killings completely after November 25. ABC last covered it on December 5, 2021 and NBC on December 7, 2021. By then, this act of murder had seemingly become a self-driving car. On the December 7 Today, Tom Llamas blamed the SUV itself:

For decades the Dancing Grannies spinning and twirling their way into the hearts of people across Wisconsin. But just weeks ago, the beloved dance troupe making national headlines after an out-of-control SUV crashed right through the Waukesha Christmas Parade. 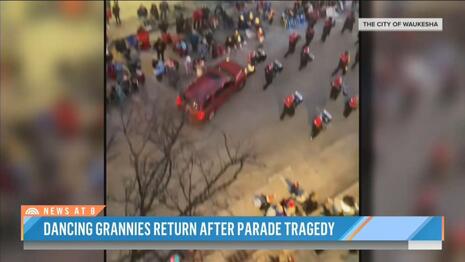 CBS Mornings previewed the blame-the-car talking point back on November 24. Dokoupil insisted, “There is now a sixth victim after an SUV barreled through a holiday parade.”

Similar attempts to hide the name of Darrell Brooks happened on cable. As the MRC’s Bill D’Agostino reported, CNN stopped mentioning him on November 24 and MSNBC on November 30th.

Brooks has a history of ranting about “fake Jews” and sharing quotes claiming the “negroes are the real children of Israel.” He’s also advocated for violence against white people in rage-filled posts.

Where are the networks in any of this? You can only assume they simply don’t care about some attacks of hate and terror.