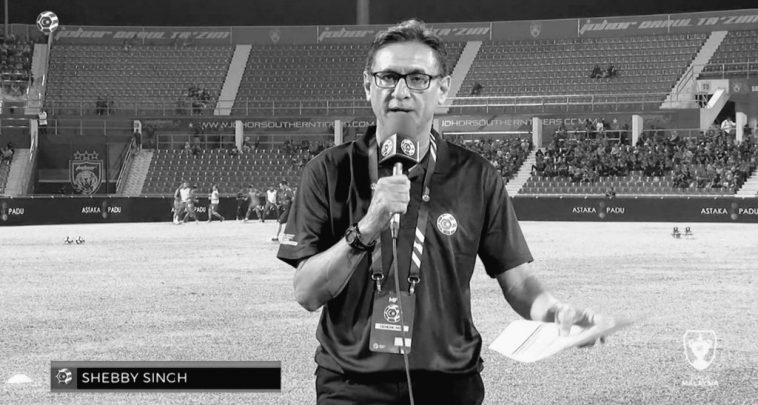 The 61-year-old player received his booster shot last January 7. There is still no information on what vaccine he had taken.

Former Malaysian footballer Serbegeth “Shebby” Singh has passed away, believed to be due to a heart attack while cycling in Johor.

He was 61 years old. pic.twitter.com/2cETvpzLLJ

The son of former national footballer, Sonuljit Singh, claimed that his father’s death was due to a heart attack and it had nothing to do with the Covid-19 booster shot.

What caused the heart attack then?

More from the Covid World:

Shebby’s son, Sonuljit Singh, told Free Malaysia Today that his father had received the booster shot five days before his death, labeling those speculating about the jab being related to his sudden death as ‘irresponsible‘.

“He had it on January 7th and left us five days later as everyone knows. We do not know what booster shot he had taken as the MySejahtera app [Malaysia’s COVID QR-code app] had not been updated yet.

But the doctors told us the cause of his death was 99 per cent related to a heart attack as his post-mortem showed three of his coronary arteries having blockages. All his vital organs were in perfect working condition and there were also no signs of any allergic reaction.”

The sudden passing of Shebby even prompted a response from Malaysia’s King and Queen, saying:

“The King and Queen greatly appreciate his services and sacrifices to the country. His passing is a big loss to Malaysian football.”

Shebby was out cycling in the Malaysian city of Iskandar Puteri on Wednesday when he suddenly fell from his bike after being struck by a heart attack. The former pro was attended by several bystanders and an ambulance was called which arrived shortly after. However, nothing could be done as Shebby had already passed away.