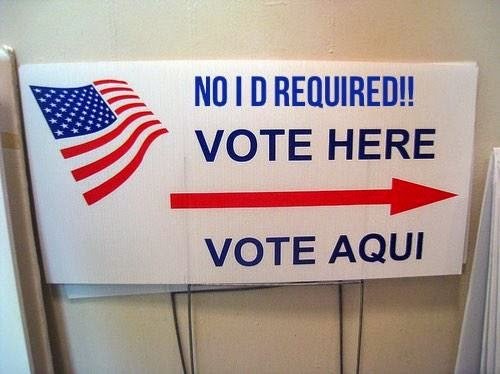 New York City lawmakers passed a bill on Thursday that would give noncitizens and illegal aliens the right to vote in municipal elections.

The new measure would give 800,000 green card holders and illegal alien “DREAMers” the right to cast a ballot.

The City Council bypassed state lawmakers and passed the measure which will likely prompt a legal challenge.

Republican opponents say the city council does not have the authority to grant voting rights to illegals.

NYC Mayor Bill de Blasio has stated he will not veto this measure.

Noncitizens in New York City would gain the right to vote in municipal elections under a measure approved Thursday by the City Council that would give access to the ballot box to 800,000 green card holders and so-called Dreamers.

Only a potential veto from Mayor Bill de Blasio stood in the way of the measure becoming law, but the Democrat has said he would not veto it. It’s unclear whether the bill might still face legal challenges.

The Council’s vote was a historic moment for an effort that had long languished.

Councilman Francisco Moya, whose family hails from Ecuador, choked up as he spoke in support of the bill.

“This is for my beautiful mother who will be able to vote for her son,” said Moya, while joining the session by video with his immigrant mother at his side.

The measure would allow noncitizens who have been lawful permanent residents of the city for at least 30 days, as well as those authorized to work in the U.S., including so-called “Dreamers,” to help select the city’s mayor, city council members, borough presidents, comptroller and public advocate.