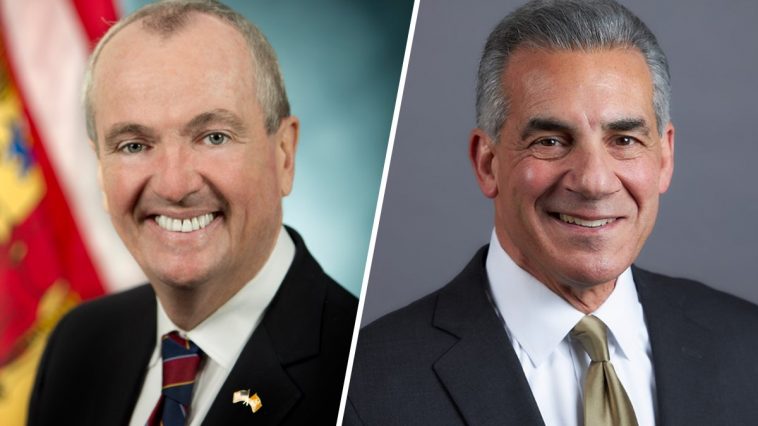 Then, on Wednesday morning, after Americans watched coverage of the election showing Ciattarelli flipping traditionally blue counties to red and picking up significantly more votes in red counties than in previous elections, something curious happened—with almost 100% of red counties reporting their votes, election results from Democrat stronghold counties began to trickle in, and Murphy began to take a negligible lead. Then, as the day wore on, more blue counties reported their results, and like magic, Murphy got just enough votes to be declared the winner.

We’ve all seen this movie before…

On the eve of the November 2020 election, several Democrat-stronghold cities in crucial swing states across America abruptly and inexplicably stopped counting votes in the middle of the night. Reports of phony water main breaks turned out to be a leaky urinal. A white van delivered boxes and boxes of absentee ballots through a back hallway in the Democrat stronghold city of Detroit’s absentee ballot counting facility at 3:30 am. Shortly after the van delivered their last-minute absentee ballots to the TCF Center, Trump’s massive lead was wiped out, and incredibly, Biden took the lead in a state Trump won in 2016. Red counties across Michigan and other must-win states had already reported their vote tallies, while Democrat stronghold cities were still “counting votes” well into the next day.

In Essex County, a Democrat stronghold,  56 voting machines were shut down on election night and were NOT counted.

On Wednesday, County Clerk Christopher Durkin said voting machines in 56 districts were shut down without being counted first.

Durkin blamed the shutdown of 56 voting machines on a “poll worker error.” The News 12 reporter Tony Caputo asked Durkin about the location of the voting machines and when they would be counted? Durkin answered, “It’s a mix; they are mostly in Newark, East Orange, Irvington, Maplewood, and Montclair, which are the majority of those 56 districts.” He asked New Jersey residents not to jump to conclusions as to why the voting machines were shut down without being counted first. He explained, “Those machines are at the polling place right now. Those machines have to be brought back to the warehouse. A judge will issue an order for us to open those machines, retrieve the results and post those results.”

The Essex County Clerk said this happens in every election in every county. Every election??? Caputo asked Durkin about the time frame for counting the ballots? When he was explicitly asked if they would get the results on Wednesday, Durkin responded, “No, we need to compile a list of the results that are missing. We then need to schedule a hearing in front of a judge. The judge issues an order– and then we’re able to retrieve those results.”

Does anyone care that voting machines in 56 districts in Democrat stronghold Essex Co., where Gov. Murphy picked up an alleged 113K+ votes, were SHUT DOWN on election night? pic.twitter.com/Cb5k3wQaRS

According to Caputo, Paterson, NJ Mayor Andre Seigh claims they had a similar situation in 5 of their districts. In Passaic County, where it was a tight race. Gov. Murphy got 51% of the vote, while 49% of the vote was for Ciattarelli, a difference of only 2,125 votes.

Patch – According to the Essex County Clerk’s website, only 499 out of 550 districts have reported their results as of 5:18 p.m. on Wednesday. That’s five more districts than reported at 10:35 p.m. on Tuesday.

Caputo explained that New Jersey has until November 18 to count all votes and until all votes are certified. Nevertheless, Democrat Governor Phil Murphy was declared the winner of the NJ governor’s race by the media yesterday. According to the New York Times, Murphy won the election by 40,701 votes. News 12’s Tony Caputo shared a small clip of a screen recording of his interview with the Essex Co. Clerk here: