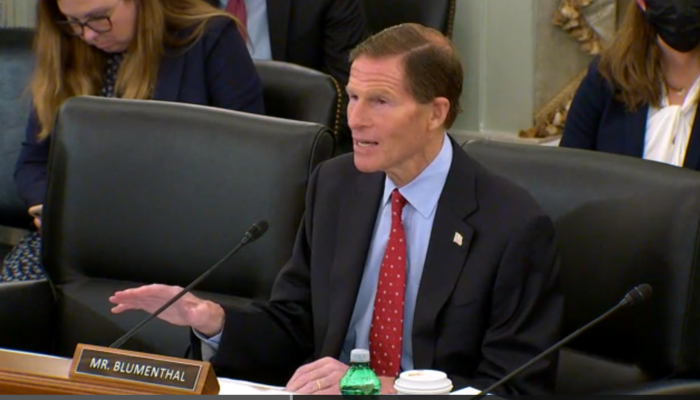 Sen. Richard Blumenthal (D-CT) repeatedly praised U.K. regulation of social media platforms and called for the U.S. to adopt the U.K. model at a Dec. 8 Senate hearing on Instagram. Both the U.K. government and Blumenthal tend to support increased censorship and restrictions of online speech, however. 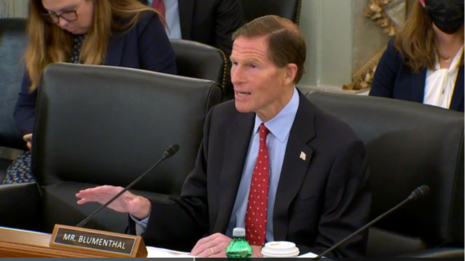 The Senate Commerce Subcommittee on Consumer Protection, Product Safety, and Data Security held a hearing on Dec. 8 about “protecting kids online,” at which Instagram Head Adam Mosseri testified. Blumenthal brought up U.K. regulations or proposed regulations more than once while questioning Mosseri, praising the U.K.’s approach to “safety” for kids online. “The U.K. code restricts Instagram’s use of addictive design … Shouldn’t we have a similar rule in the United States?” Blumenthal asked Mosseri.

Lawmakers at the hearing also repeatedly linked Instagram’s addictive nature to teen health problems, based on “whistleblower” Frances Haugen’s allegations. Blumenthal later asked Mosseri, “Uh, so the question is, will you support the U.K.’s Children’s Code?” The Children’s Code contains 15 standards that would allegedly set guardrails around how companies handle children’s data.

Blumenthal’s recurring emphasis on taking the U.K. government regulation as a model for America seems misplaced. Firstly, and perhaps most importantly, the United States fought its War of Independence specifically to throw off the yoke of tyrannical English laws. From this same struggle against Britain was born the U.S. Constitution, with its First Amendment protection of free speech. Furthermore, the U.K. government tends to lean toward being pro-censorship, as its controversial proposed Online Safety Bill shows. Not only that, but what may work in one country may not work in another, and simply assuming that the U.S., with a whole different set of national laws, will automatically benefit from U.K.-modeled legislation, seems presumptuous at best.

Blumenthal has endorsed censorship and slammed so-called “misinformation” at another Senate hearing in October. His enthusiastic support of the U.K. Children’s Code should at the very least raise questions for advocates of free speech.

A new U.K. Online Safety Bill would greatly increase the censorship incentive for tech companies by allowing U.K. communications regulator Ofcom to impose multibillion-dollar fines on social media companies for violations. The Online Safety Bill could also criminalize trolling, allowing trolls to be penalized for allegedly causing “likely psychological harm,” potentially chilling online speech. The U.S. would not be wise to look outside its own borders if the precious First Amendment right to free speech is to be protected.

Conservatives are under attack. Contact your senators and demand that they mirror the First Amendment: Tech giants should afford their users nothing less than the free speech embodied in the First Amendment as interpreted by the U.S. Supreme Court. If you have been censored, contact us using CensorTrack’s contact form, and help us hold Big Tech accountable.