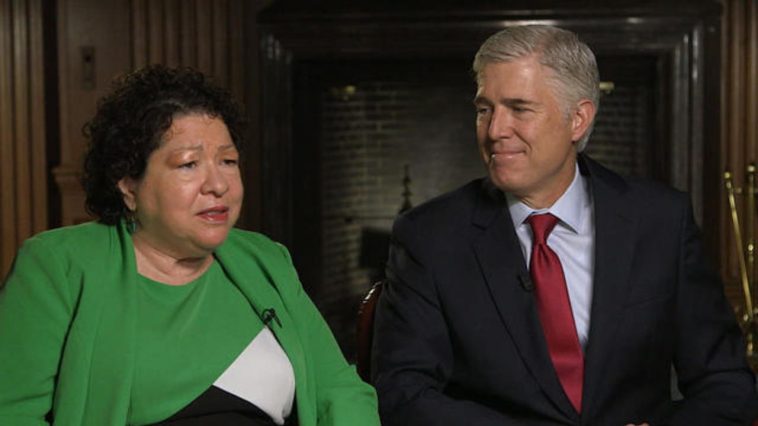 “It was pretty jarring earlier this month when the justices of the U.S. Supreme Court took the bench for the first time since the omicron surge over the holidays. All were now wearing masks. All, that is, except Justice Neil Gorsuch. What’s more, Justice Sonia Sotomayor was not there at all, choosing instead to participate through a microphone setup in her chambers.” NPR’s Nina Totenberg reported.

“Now, though, the situation had changed with the omicron surge, and according to court sources, Sotomayor did not feel safe in close proximity to people who were unmasked. Chief Justice John Roberts, understanding that, in some form asked the other justices to mask up.” Totenberg said.

“Reporting that Justice Sotomayor asked Justice Gorsuch to wear a mask surprised us. It is false. While we may sometimes disagree about the law, we are warm colleagues and friends,” Gorsuch and Sotomayor said in a joint statement to the media.

Chief Justice Roberts joined in and released a rare statement to the media and said he never asked Gorsuch or any other justice to wear a mask on the bench.

I surprised at how many Supreme Court correspondents I admire are passing along a statement from two justices that is at best false without any context whatsoever.

NPR stands by my reportinghttps://t.co/eEtiNgMQet

What exactly is NPR standing by when all three people included in its original story refuted the report?