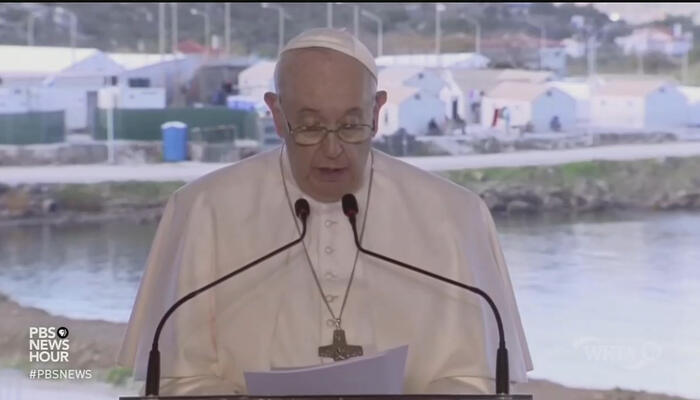 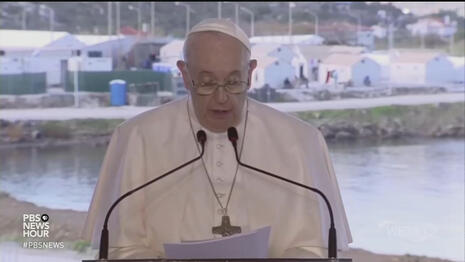 Jason Horowitz covers The Vatican for the New York Times, a perch he has utilized to make common cause with Pope Francis’s left-wing political stances, especially on refugees. This week he used the latest papal visit to Cyprus (which is dealing with an influx of immigrants through Turkey), to overload the paper with an enormous amount of ideologically loaded copy, using the Pope’s moral authority to push an open-border ideology – the “religious left” in action.

Francis is certainly the paper’s kind of pope. In January 2019 Horowitz adored the pope’s left-wing fight against “ultraconservative” Catholics and capitalism itself. Horowitz has used the “ultraconservative” and “archconservative” lines in stories attacking the pope’s traditionalist critics. In June 2019 the reporter chided Italy for “blocking ships full of desperate migrants” from entering the country.

The un-journalistic moralizing of his coverage was even denser this week while marking the pope’s latest visit to Greece and the contested island of Cyprus, as demonstrated by these excerpts from the paper’s unusually voluminous live coverage:

Yet for the Vatican, Lesbos remains a symbol of inhumanity, and Francis’ return there this weekend represented an effort not to let Europe look away….Francis implored the world to care and chastised the West for not living by the values it promotes abroad….

One bathos-drenched subhead from the live coverage: “As the world’s attention turns away from migrants, the pope keeps his message of embracing them.”

Friday’s print edition of the Times had still more unashamed advocacy from Horowitz on behalf of refugees, with concerns about national identity, crime, and coronavirus waved away: “Pope Francis Heads to Cyprus Aiming to Highlight Plight of Migrants.”

Pope Francis arrived in Cyprus on Thursday, beginning a five-day trip that would also bring him to Greece and its island of Lesbos, where in 2016 he made a defining visit to refugees living in horrid conditions and brought some back to Rome on his plane.…A recent uptick in migrant arrivals has intensified hard-right, nationalist sentiment and the resistance of the Republic of Cyprus government, which has sought to stop processing asylum requests. But the spike in numbers, and suspicions that Turkey is funneling the migrants to the border, has deepened the animosity between the north and the south.

On Friday evening, Francis seemed to have had enough.

Francis looked at the pews, filled with men and women from Africa and the Middle East, some holding crying babies. “Looking at you, I see the faces of suffering” he said, calling their plight “the story of a slavery, a universal slavery.”

His voice building with emotion, the pope listed the terrible conditions many migrants endure to get to Europe. Some were pushed back after spending their savings, and captured in migrant centers that he likened to “concentration camps, real concentration camps” where women are sold and men are tortured.

He said people who read about the Nazi death camps and Stalin’s gulag ask “how could this happen?” adding, “Brothers and sisters, it is happening now, in the neighboring coasts.”

In November, it said it had reached an emergency situation, though the numbers were far from daunting, with about 33,000 cases of illegal residents in the entire republic….