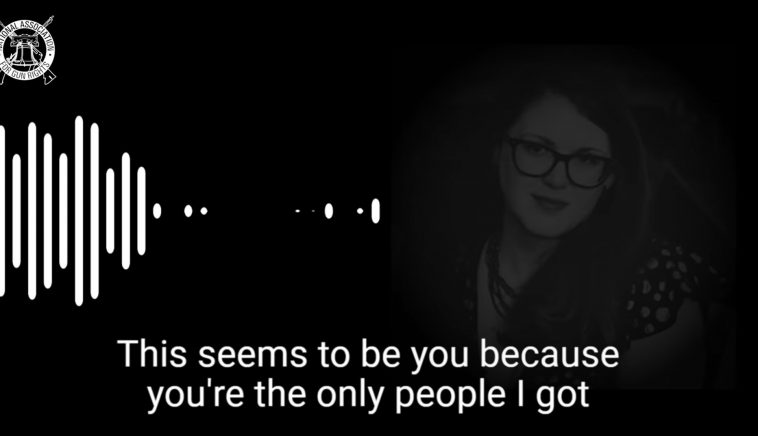 The mainstream media once pretended to be objective.

Now, more evidence that it is staffed with activists.

The New York Times said Friday that it is reviewing a top editor at the newspaper’s Wirecutter.com for tweeting scathing messages about a gun-rights group, and for allegedly leaving angry, profane voicemails for the group.

The tweets and the alleged voicemail by Erin Marquis, Wirecutter’s lead editor for computer/networking, each referenced a press release opposing gun control laws sent out by the group Great Lakes Gun Rights on the heels of a shooting at Oxford High School in suburban Detroit that killed four students.

Here is what she said on the voicemail.

“Hi, I’m a journalist with The New York Times. I’m just calling to wonder, I have two questions. How do you sleep at night?” the woman said on the clip posted on YouTube by the national group.

“Aren’t you just, like, a little bit worried that there might be a hell, and when you meet God he might send you there?” the woman asked.

“You f—ing ghouls, I hope that there is a God in heaven, so he judges you when you die,” the woman said in a second audio clip.

Will the @nytimes apologize and reprimand their “reporter” Erin Marquis? https://t.co/utWb1apdx3

The mainstream media is out to get us, and if you’re as sick of this kind of biased-journalism as I am then I hope I can count on you to fight back right now!

Please stand with the National Association for Gun Rights against the anti-gun New York Times and the fake-news media by signing your pledge of support below.