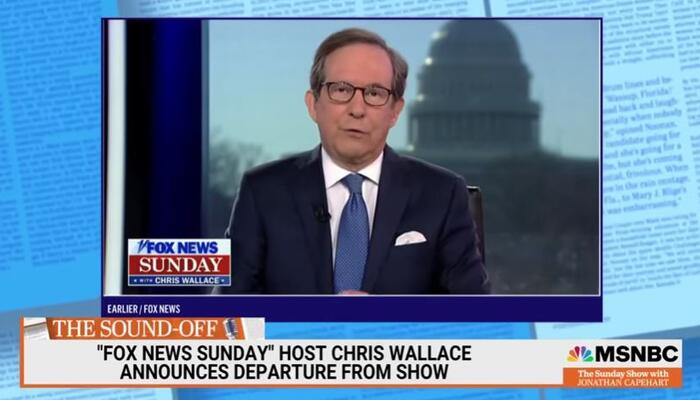 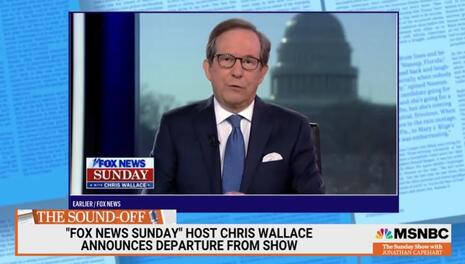 MSNBC and CNN of course never spread the Russia-gate conspiracy, or lies about Kyle Rittenhouse and Jussie Smollett.

The star Fox News anchor Chris Wallace announced on Sunday that he was leaving for CNN, stripping the Rupert Murdoch-owned network of its most decorated down-the-middle journalist as stridently conservative hosts like Tucker Carlson have increasingly set the channel’s agenda.

The network has pulled far ahead of CNN and MSNBC in the ratings with an expanded slate of right-wing commentary that denounces President Biden and defends former President Donald J. Trump. But some members of its newsroom have been unnerved by programming that has given weight to vaccine skeptics or amplified conspiracy theories about the Jan. 6 Capitol riot.

Mr. Wallace, 74, had expressed concern to Fox News management about a recent documentary from Mr. Carlson, “Patriot Purge,” which included the false claim that the riot was a “false flag” operation created to demonize the political right….

The paper wasn’t nearly so concerned about liberal black filmmaker Spike Lee spreading conspiracy theories, claiming 9-11 was an inside job in a documentary for HBO and joining the “fire doesn’t melt steel” brigade (the offending portions were removed after outcry).

Wallace follows other journalists who have left Fox News, including Shepard Smith and Kristin Fisher. In May, the liberal Juan Williams was removed from his spot on the network’s afternoon talk show, The Five, and Democratic analyst Donna Brazile left Fox for ABC. A pair of conservative pundits, Stephen Hayes and Jonah Goldberg, quit last month in protest of Carlson’s special (Fox News said it had not intended to renew the pair’s contracts).

The Times had to admit that Fox’s (honest) turn to opinionizing is filling a desire among the viewing public.

Fox News’s turn has been a major success for the network, in terms of ad revenues and Nielsen ratings. In November, Fox News shows represented 71 of the 100 top-rated telecasts in all of cable television.

Only deep inside does Grynbaum hint there is a left-leaning partisan cable network, MSNBC (but not necessarily CNN?). Those two channels simply don’t attract the viewers that right-leaning Fox News does. But there is no condemnation for CNN or MSNBC (And since when was host Chris Matthews ever a “moderate”?).

John Malone, a major shareholder in Discovery Inc., which may soon control CNN, said last month he wanted CNN to “actually have journalists, which would be unique and refreshing,” a seeming critique of the channel’s reliance on commentary….